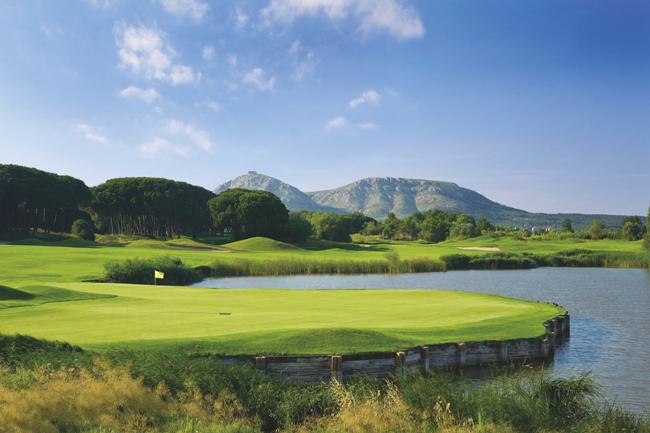 What do we think about when people mention Catalonia – well straight away most people would associate this area of Northern Spain with Barcelona, and quite rightly so. But Catalonia is not just about Spain’s second largest city, the wider region has a long and fascinating history.

Just look at some of the most famous Catalan people – such as Salvador Dali, his art may not be to your taste, but we all know him for what he was. Likewise, his contemporary Joan Miro another Surrealist artist.

Then of course there’s Antonio Gaudi whose famous Sagrada Familia was commenced in 1882 and remains unfinished to this day, although they do say it will be finished in 2026 – just in time for the centenary of his death!

You might not know this but both Facundo Bacardi, founder of the eponymous Bacardi Rum and Joseph Oller who co-founded the famous Moulin Rouge are Catalans, whilst in music both Montserrat Caballe´ and Josep Carreras hail from the area. The list goes on and on – I’ve not even begun to list famous sportsmen, politicians or other notables.

So Catalonia is not just about Barcelona – it’s an area dominated in the north by the peaks of the Pyrenees some of them rising to in excess of 3,000 metres and providing a fascinating sight as you fly over them into Barcelona or Girona.

Then there’s the 580 kilometres of sometimes stunning Mediterranean coastline with steep cliffs, long sandy beaches and breath taking vistas as well as heritage and history in abundance. And its climate is temperate – whilst it undoubtedly can get very hot in the height of the season, its mild winters mean it’s a destination you can visit all year round.

It’s not just the climate though that is attractive all year round. If being out and about in the fresh air is what you enjoy then why not explore some of the fascinating countryside. Some 30% of Catalonia enjoys some degree of special protection – there is one national park and eleven natural parks in the area as well as marine reserves. Hiking in these areas is particularly good.

If it’s history that really interests you then you won’t be disappointed – the region has a total of eleven UNESCO World Heritage sites and over 400 museums and arts centres – whatever you like you’re certain to find something of interest – and then in the evening you’ve got the fantastic Catalan cuisine to sample and enjoy – the area can boast a total of 63 Michelin stars amongst its restaurants, one of the highest concentrations of Michelin starred restaurants in the world.

But if golf is your thing then you certainly won’t be disappointed because many of the golf courses in the region are of a world class standard and with it being such a short flight from the UK it’s a great place to go to get your clubs out and play some golf with the sun on your back. Here are some of the courses that I would recommend.

The Real Club de Golf El Prat is a complex that has 45 holes around five nine-hole courses. The golf courses were designed by Greg Norman and opened in 2002, and were built to USGA standard specification meaning the holes are long and well contoured and are capable of holding major Championships.

Indeed, the Spanish Open was last held there in 2011 with the title being won by Swedish golfer Thomas Aiken and the tournament is set to return there next year. With 45 holes you have plenty of choice, and the course represents a tough but fair challenge. With its location some 25 minutes north of Barcelona it also makes an excellent touring base for the region.

PGA Catalunya is arguably the cream of the areas golf courses and is ranked the number one course in Spain and number three in Europe. It is a short drive from Girona and the Spanish Open was held there recently. There are two golf courses, The Stadium and The Tour and both are quite  stunning.

The Stadium is the Championship Course so if you feel up to the challenge then this is the one for you.

Emporda Golf Resort is located on the Costa Brava some 30 minutes from Girona. The complex there has two courses, The Links Course and The Forrest Course. The former is built in the same way as a traditional links course (other than it’s not next to the sea) but that doesn’t make it any the less challenging, whilst The Forrest Course cuts its way through the dense pine forest of the resort and is full of well-established holes. Both courses are extremely well maintained and to top it off you get stunning glimpse of the majestic snow topped Pyrenees as you go round the resort.

Club de Golf Llavaneras is perhaps one of the most scenic courses in the area, and is certainly one of the oldest. It is the shortest of the courses recommended here, but that doesn’t distract from it in any way.

It’s a mature private members course, with extremely well-manicured fairways and greens, many of which are very tight meaning accuracy is much more important than length. Some of the holes are quite stunning and are topped off by the sea views from the high points. The clubhouse is also very welcoming and the outdoor terrace overlooking the 18th green and Mediterranean Sea is a lovely place to sit, relax and enjoy a beer or two after your round.

This really is a region that deserves closer scrutiny and more information, not just on the golf courses mentioned here, but on Catalonia as a whole, can be found on the website of the Catalonian Tourist Board.

Everything you need to plan your trip is here, as it is really an extremely comprehensive information source for the whole area. To find out more visit www.catalunya.com and enjoy your visit to the delights this Region has to offer!