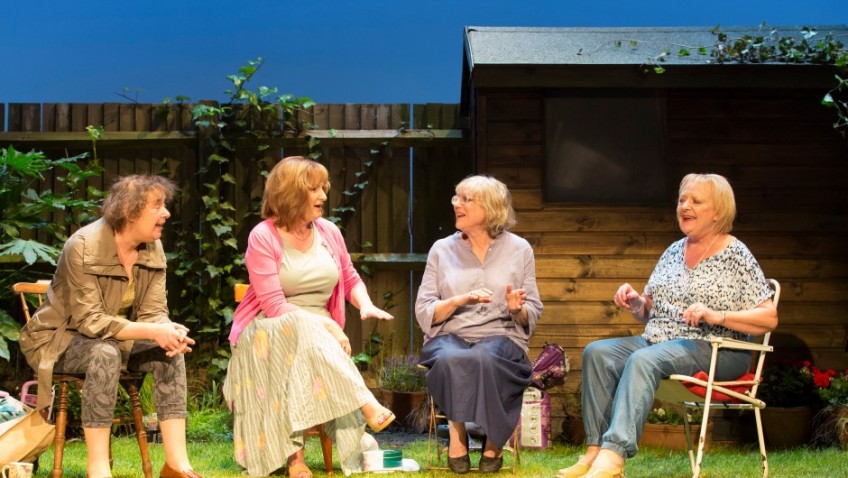 Caryl Churchill’s highly elliptical 55-minute play takes place in a back garden over a number of afternoons but the action is continuous.

The audience eavesdrops on the conversation of four women in their seventies who are facing up to and not facing up to the world as it is today.

There is Sally (Deborah Findlay) who has a phobia about cats. There is Lena (Kika Markham) who suffers from agoraphobia and wants to be invisible.

There is VI (June Watson) who accidentally on purpose killed her husband and went to prison for six years. There is also Mrs Jarrett (Linda Bassett) who drops in for tea. 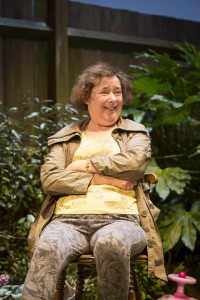 Their dialogue is largely incomplete mundane sentences. The audience has to fill in what is left unsaid. The script must have been murder to learn.

Mrs Jarrett regularly steps outside the backyard to deliver a series of monologues which catalogue apocalyptic disasters, natural and man-made, famine, floods, sickness, starvation, deformities – an unending list of horrors.

The monologues are extraordinarily surreal and delivered with matter-of-fact aplomb by Bassett. Here is a typical commentary:

The hunger began when eight-per-cent of food was diverted to tv programmes. Commuters watched breakfast on IPlayer on their way to work.  Smartphones were distributed by charities when rice ran out, so the dying could watch cooking.

James Macdonald is an expert in directing Caryl Churchill’s work and the acting is faultless.  There is also abonne bouche when the four women sing an old pop song.