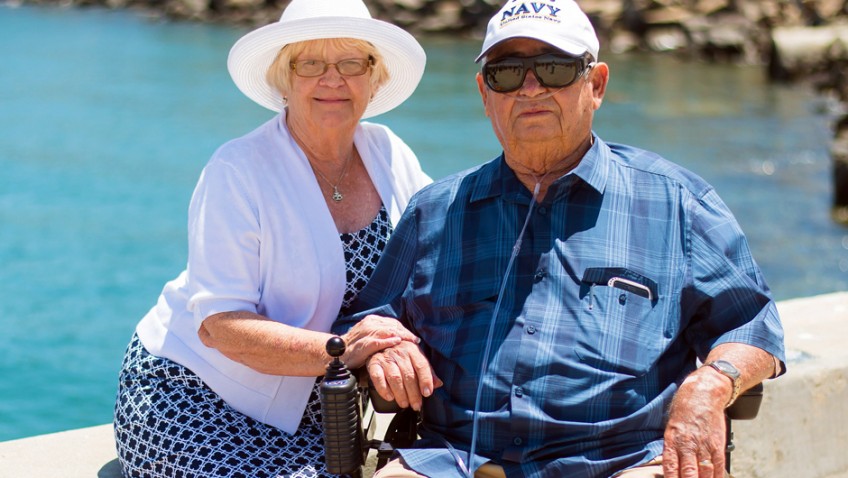 Caring for as little as five hours a week can have a significant impact on employment prospects, with those caring for more than 10 hours a week at marked risk of leaving the labour market altogether, costing the economy an estimated £1.3 billion, according to new analysis by Age UK and Carers UK.

Published today in a joint report ‘Walking the tightrope’, the analysis shows the devastating impact that caring for loved ones can have on people’s working lives and subsequently their finances, health and wellbeing.

The evidence underlines that difficulties in juggling work and care can lead to significantly lower earnings, as a result of having to leave work, reduce working hours, or pass up opportunities for promotion or overtime. This in turn has a knock-on effect on the retirement income of many carers – according to recent research those in receipt of Carer’s Allowance have well over 90 per cent less pensions savings than the average saver. In addition, as carers tend to have a lower propensity to save for the long term, they are more likely to draw down on long-term savings to meet the immediate costs of caring such as increased travel and household expenses.

New focus group research published in the report highlights the profoundly negative psychological and emotional effects of withdrawing from the workplace. The loss of social connections and the sense of identity that working can provide, mean many older carers report increased feelings of loneliness and isolation as they struggle to cope with their role as a carer and feelings of detachment from their previous life.

Furthermore many employers are faced with losing talented and experienced employees, reduced productivity, and increased absences due to staff struggling to cope with caring responsibilities outside work. And while there’s no question that Britain’s army of unpaid carers contribute hugely to the health and social care system by providing much-needed support for people who would otherwise be dependent on costly services, Age UK estimates that the additional output from carers if they were able to stay in the workplace could add as much as £5.3 billion a year to the economy.

That’s why Age UK, together with Carers UK, is calling on the Government to make all jobs ‘flexible by default’ to support longer working lives, for those with caring responsibilities as well as those without. Everyone should be able to access the flexibility they need to stay in work unless there are compelling business reasons to prevent it, particularly people working in lower skilled roles who are less likely to access flexible working and more likely to stop working because they are a carer.

In their report, Age UK and Carers UK make a raft of recommendations to local and central Government and employers. Improving the financial situation of carers, for example by introducing a statutory entitlement to at least five days paid leave to help people deal with emergencies and ensuring the benefits system works more effectively to support carers to continue working, would go some way to recognise their immensely valuable contribution, not just to their loved one, but to the workplace, economy and society as a whole.

The Charities are also calling for action to enable a cultural shift in the workplace, to build awareness of the issues that carers and their colleagues face, to change perceptions, particularly among managers, of those who find themselves facing the daunting task of juggling the care of a loved one and the demands of employment – both hugely important for very different reasons. The report calls on employers to provide training to managers on the issues affecting carers and the mechanisms in place to support them, as well as consider having a designated contact for carers in the workplace, carers forums and support groups for staff, and carers champions, particularly at a senior level. Access to a range of flexible working options from the outset is crucial.

Age UK’s Charity Director, Caroline Abrahams, said: “People are living longer with multiple health issues and this is creating a demand for care and support that the State is failing to meet. The result is increased expectations on families and friends to step in to help.

“The army of unpaid carers in this country do an outstanding job but, as our analysis shows, we are simply asking them to sacrifice too much. Many feel forced to give up their own paid work, finding the juggling too much to bear on top of the strain of looking after someone they love. But when they do stop working the financial loss they incur is huge and often has consequences for the rest of their lives. It is morally wrong that people who do the right thing by becoming a carer should so seriously undermine their own financial security as a result.

“The Government must take the needs of carers fully into account as the State Pension age is reviewed; otherwise there is a real risk that life will become even harder for many carers than it already is today. Many carers find it extremely difficult to stay in work and the Government and employers must come together to make employment work better for them. Introducing a statutory right to carer’s leave is just the first of the raft of reforms we urgently need, as a matter of social justice.”

Chief Executive of Carers UK, Heléna Herklots, said: “More and more of us are providing care for an older, disabled or ill loved one, yet even a few hours caring a week can result in having to cut down hours or give up work, bringing devastating and irreversible consequences for long term financial security. Carers tell us this is mainly due to the difficulty and exhaustion of juggling work and family responsibilities without the right support from local care services and employers.

“The age at which someone is most likely to be caring is between 50-64 and leaving the workforce at this time can have a serious impact on a person’s finances, health and relationships; not to mention the cost to employers through losing experienced, skilled workers.

“Carers UK has led campaigning to improve the rights of carers in work and we are calling for support for working carers to be a central plank in the Government’s new Carers Strategy. When the right support from employers’ and local services is in place, it’s a triple win for carers, business and society. As our population ages, growing numbers of people will be juggling work and care, particularly in later life. It’s time to take action.”