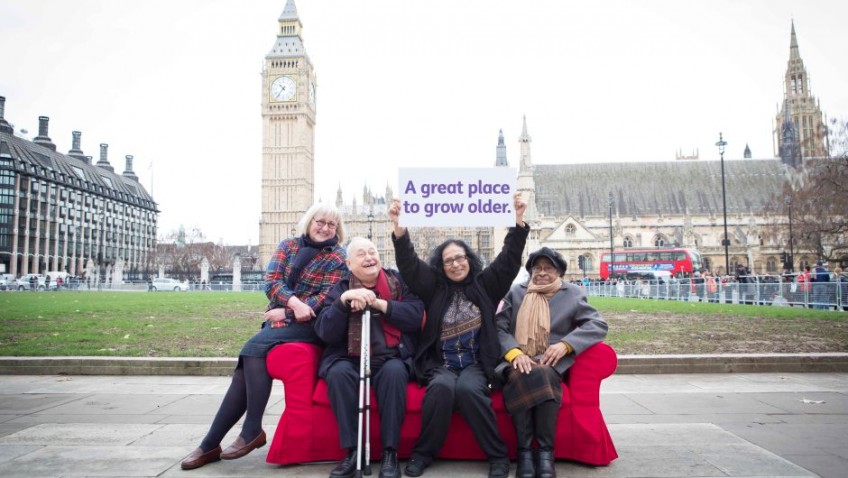 Calling Mature Times readers – have your say with Age UK

The election is approaching and the polls are suggesting a close result, so every vote will count and the parties are eager to get older people on their side.

But appealing to the older electorate isn’t an easy task. A recent survey for Age UK revealed more than a third of people aged 65 and over – almost 4 million – believe Britain has become a worse place to live over the past 12 months.

Which is why Age UK has launched its ‘new ambition’ ahead of the General Election calling or Government action to make Britain into a truly great place to grow older for everyone.

Inspired by the views of older people across the UK, Age UK’s ambition would make a difference to the lives of millions of older people up and down the country. 1.6 million older people are still living in poverty, despite Britain being the 6th richest country in the world.

One million older people haven’t spoken to anyone for a month resulting in loneliness and isolation, which is not only miserable, but has serious consequences for a person’s health too.

There are 870,000 people in our country who do not receive the care and support they so badly need. 25,000 older people die unnecessarily each year because of the cold during winter.

44% of older people miss out on the benefits of being online, often paying more for goods and services. So while we know that we all have the potential to make the UK a great place to grow older, there’s a long way to go yet.

• has opportunities to enjoy life and feel well

• has enough money to live on

• can participate in society and be valued for their contribution

Caroline Abrahams, Charity Director at Age UK said: “We are not surprised that a third of over-65s think Britain has become a worse place to live during the last year, according to our research.

“Easy headlines about a fortunate minority living on good incomes and in sound health should not blind us to the reality that life for many older people is not nearly so rosy and the future a source of constant concern.”

“Age UK’s top priority for the next Government is action to plug the growing social care funding gap. Anyone with any experience of the system knows the dire state it is in – despite the efforts of many dedicated frontline staff. Addressing the funding shortfall in social care would do more to improve older people’s lives than any other single action the next Government could take.”

“If we want to create a society that gives older people the dignity, respect and care they need and deserve, the next Government will need to tackle some entrenched problems, such as fuel poverty and the lack of suitable housing for an ageing population, as well as the state of social care, and implement long-lasting solutions.

“Our ambition is to make Britain a great place to grow older by 2020 and with imagination and political will we believe it can be achieved.”

All politics is local, as the famous saying goes. Never is that more true than during the doorstep canvassing in villages, towns and cities ahead of a General Election. So we are asking people across the country to contact their local parliamentary candidates to ask them to become ‘Age Champions’.

Alongside this, many local Age UKs will also be holding ‘A great place to grow older’ hustings with local candidates to discuss the issues which matter most to older people, and what the candidates and their parties will do to address these.

To find out more about the campaign and to download a copy of the A great place to grow older manifesto, please visit: www.ageuk.org.uk/votelaterlife

Would you like a chance to hear from politicians about how they will make Britain ‘A great place to grow older’? Age UK is offering 20 Mature Times readers the chance to attend our campaign rally on Tuesday 24 March 10.30 – 4pm in London.

We’ll be joined by speakers from the main political parties who will explain what they would do, if elected, to improve the UK for older people and those attending will also have an opportunity to ask questions.

To claim your place email editorial@maturetimes.co.uk with your name, address and telephone number and what your question to a politician would be.

The first 20 names will be notified by Age UK the week before the event.

Reasonable travel expenses will be covered by Age UK.