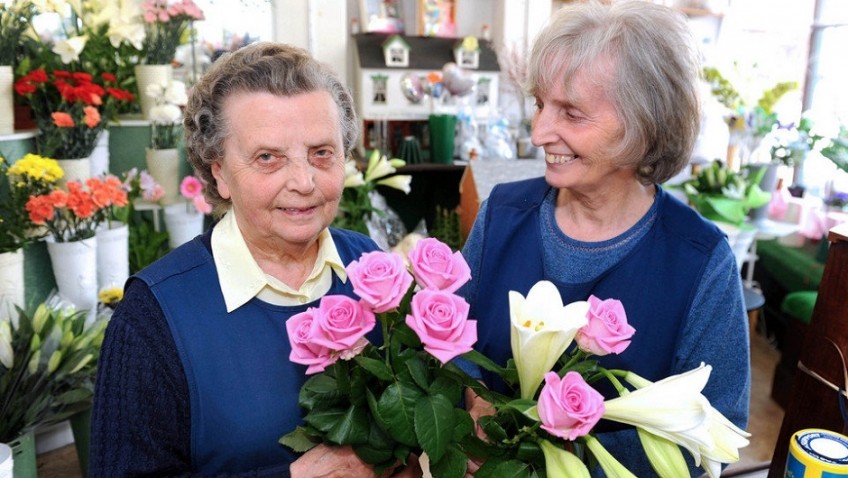 A flower shop that had been blooming for over 150 years closed its doors after being pushed out by rising rents and supermarkets.

Two sisters who have run the florist shop are to retire after more than half a century working in the shop.

Alice Hartley, 82, is now out of work for the first time since she was 13, when she began at John King Florists as a shop assistant. The florist is the oldest business in Sutton, south London, but sadly closed its doors for good at the weekend after 156 years.

Alice Hartley and her sister Gwen Miller, 66, said they were shutting down with a heavy heart but rising rents and supermarkets had made it time to go.

Alice started working in the shop – which opened in 1860 – as a Saturday girl in 1947 and took on the running in the 1970s after the previous owners gave her the shop when they stepped down.

“I just thought we would quietly crawl away and be forgotten – but it didn’t turn out like that at all.

“So many customers came along on Saturday all saying, ‘What are we going to do now?’

“One lady who was in not long ago first came to us in 1949, and we did her wedding and her daughter’s wedding.”

The siblings, who both live in Wallington, south London, were overwhelmed by the response after locals found out the store was shutting.

“I’ve been here ever since.

“It has been really difficult letting go of the place, but the time has come to give it up – now that supermarkets sell flowers.”

“I want to say thank you very much to all of our customers, past and present over the years.”

The sisters both said that supermarkets, and the ease of buying flowers along with the weekly shop, have hit their business.

Gwen, who started helping her sister in the shop when she was aged just five and began working as a 13-year-old, added: “Now is definitely time to go, though, given the rising rent prices and the fact supermarkets mean you can buy everything under one roof nowadays.

“What I will miss most is that this place has been a real community, and we have always had time to chat to our customers along with selling flowers.

“It is with a very heavy heart we have to say goodbye.”