A 102-year-old man has become the oldest Cambridge University graduate to be awarded a Masters degree by the world-famous learning institution.

Retired lawyer Brian Lowe joined the university e in 1931 before serving in the Navy in World War Two and embarking on an international career in Canada and Australia.

He graduated with a law degree when legendary physicist Ernest Rutherford was overseeing pioneering experiments at the Cavendish Laboratory. 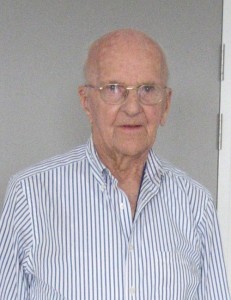 Under the rules of the university, any former student who has held a degree for more than two years and is aged over 24 can apply for a Masters of the Arts Degree or MA.

The tradition dates back to the Middle Ages and the ceremonial title grants Masters of Arts holders membership of the University Senate and the chance to vote in chancellor elections.

Brian said: “I had been thinking of applying to be awarded an MA for some years but never got round to it.

“However, now that I am 102 I would very much appreciate having an MA to complete my CV.”

Mr Lowe read law at Trinity College, living for two years at the college’s Great Court, and fondly recalls his student days in the city.

He added: “I visited these rooms the last time I was in Cambridge in 1989 when it was occupied by two female students but it seemed much the same except that there was a wash basin where the coal had been kept, a great improvement.”

Mr Lowe joined a firm of London solicitors in 1937 before serving as a British trade commissioner in Vancouver.

In October 1939 he was called up into the Royal Navy where he remained until March 1946.

He later moved to New South Wales, Australia, where he now lives in a care home.

A spokeswoman for Trinity College said: “We were delighted to hear from Mr Lowe and were happy to arrange to have his certificate sent out to him.

“We’ve checked the university registry for anyone older, and we think he’s the oldest student to ever have their degree conferred.”