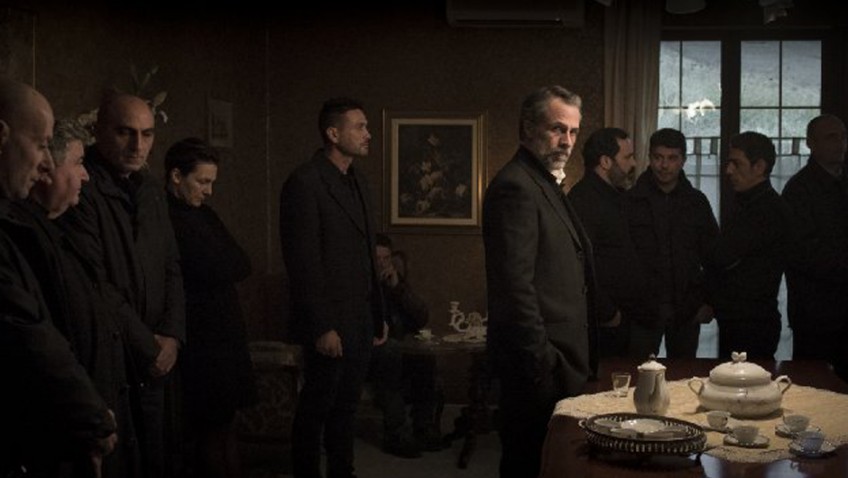 We all know that revenge begets revenge in a senseless vicious cycle, but just as acts of revenge still persist in daily life, so movies about revenge cycles still continue to hit their mark around the world.  In theatre, Shakespeare saw the dramatic potential of warring families in Romeo and Juliet as did Frederico Garcia Lorca in Blood Wedding. Mario Puzo’s mafia novels and Francis Ford Coppola’s film adaptations of The Godfather series became the gold standard, but that did not stop Martin Scorsese from turning the true story of dishonour among thieves into Goodfellas in 1990.   South Korean director Park Chan-wook’s revenge tale Oldboy was remade by Afro-American director Spike Lee, showing the universality of the theme. But even if you feel that you’ve seen enough revenge tales for a lifetime, Francesco Munzi’s Black Souls (Anime Nere) is worth a look.  Black Souls, set in Milan and in the Aspromonte mountain range of Calabria, is a gripping and atmospheric morality tale in which ill-gotten gains bring tragedy to the dishonourable and to the upright alike. The film is adapted loosely from Gioacchino Criaco’s novel Anime Nere, (Criaco is one of Munzi’s co-writers on the film), which is purported to be based on real life events.  And Munzi’s film feels so real, not only in the characters and family relationships, but in the details of everyday life, that this will come as no surprise. Unlike more fictional accounts of mafia families there is little glamour in the lives of three brothers who live in the shadow of their murdered father, a goat farmer whose small photo dominates the family farm in the mountains.

But this being a tale of a vendetta passed down from father to son, there is a boy in that photo – a witness to his father’s cold blooded murder.  This boy grew up to be the handsome, outgoing bon viveur Luigi (Marco Leonardi) who has become wealthy from the drug trade. When the film opens, he is negotiating, from a position of weakness, a deal with a new Spanish-speaking drug lord to expand his business.  His brother Rocco (Peppino Mazzotta) is a quiet Milanese business man who profits from Luigi’s drug business and struggles to keep him under control.  He warns Luigi, ‘you work with everyone and treat them like dirt.’

Luciano (Fabrizio Ferracane) is the alienated brother who has turned his back on violence and illegal activity and lives in the mountains with his goats, his wife and his rebellious teenage son Leo (Giuseppe Fumo).  Leo is a loose canon who has dropped out of school, dislikes farming and prefers the company of his flamboyant uncle Luigi to that of his pious, stern father.  When Leo commits a reckless act of vandalism against another local mafia family, all three brothers enter into to damage limitation mode.  But as Leo is despatched to Milan to clear the air, he becomes increasingly entrenched in his uncle Luigi’s lifestyle and fatally hardened.  Will efforts to rein him in be enough to stop the spiral of revenge?

Along with dialogue that rings true throughout the film, three-dimensional characters and excellent acting, the filmmakers manage to involve the audience in the increasingly oppressive and tense atmosphere that closes in on the family.  Late in the film, the emergence of menace in the form of a rival faction divides the brothers, and allows them to take their eye off the ball.   While this scenario is reminiscent of the Godfather, Munzi’s film is distinguished enough to withstand the obvious comparisons.

While much of this revenge tale is familiar, including the sobbing widows and sombre funerals, and while Leo sometimes seems like a plot device whose hot temper and poor judgment are exaggerated for convenience sake, these are minor caveats. What separates Black Souls from greatness is a character we will miss, and some food for the imagination.  That being said, Munzi has given us what is arguably the first really good Italian film to come our way since The Great Beauty won the Best Foreign Language Academy Award in 2014.  And there is no denying the power of the explosive, tragic climax that proves how wrong Leo was to underestimate his father’s strength of will.