Home / LIFESTYLE / REVIEWS > / FILM REVIEWS / Beyond is not the right word for this serviceable franchise film. 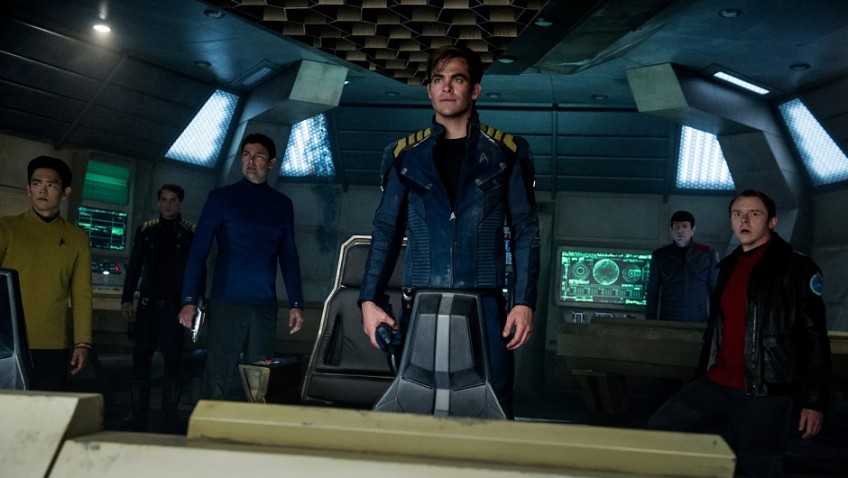 Beyond is not the right word for this serviceable franchise film.

JJ Abrams, the producer of Star Trek: Beyond, is also a writer, director and composer who can create, reboot and reinvent film franchises (Star Wars: The Force Awakens) and/or television series (Lost) with the magical skills of a super-hero.  In 2009 he breathed new life into the Star Trek movie franchise to rival the TV run with a brain-teasing, time-travelling reboot.  This was followed by 2013’s buddy-building-in-new-frontiers film Star Trek: Into Darkness.  Both films were co-produced and directed by Abrams and written by Roberto Orci and Alex Kurtzman.  They created a new direction for the tired franchise, one that established an identity apart from the iconic television series. The results split Trekkers down the middle but the films made loads of money. 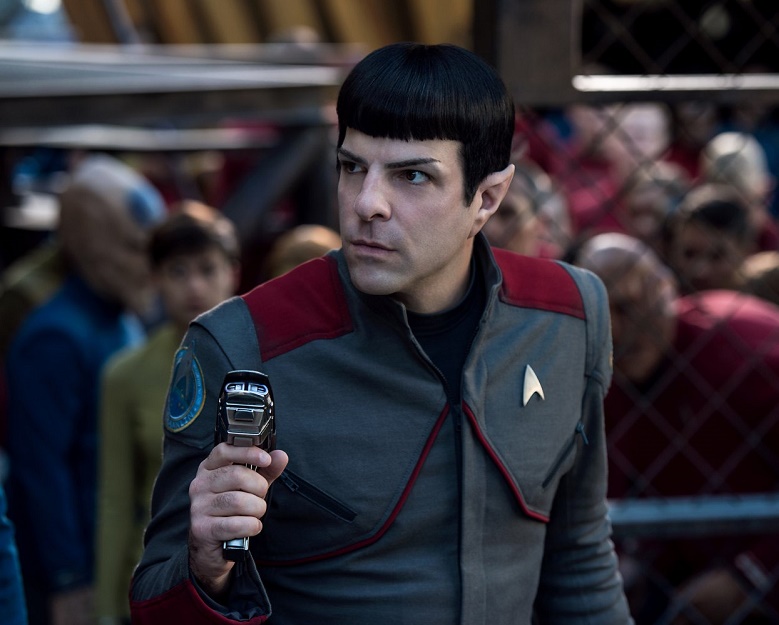 Zachary Quinto stars in Star Trek Beyond as Spock

Now Abrams has handed the director’s baton to the Taiwan-born, L.A. raised Justin Lin, who turned the $160 million budget of Fast and Furious 6 into a $788 million box office gross.  Simon Pegg and Doug Jung have replaced Orci and Kurtzman as scriptwriters and the trio aim to please.

The result might be a Star Trek with terrific set pieces to plant us firmly in big budget cinema territory, but it’s shot in a retro style that harks back to the television series. Star Trek: Beyond is like an episodic Fast & Furious in outer space with space craft replacing fast cars.  It’s a fun ride, but not one to inspire the physicists and aerospace engineers who joined the cult years ago.

A long prologue sets the action three years into the five year voyage that the crew of the US Enterprise were to embark on at the end of Star Trek: Into Darkness.  Captain Kirk (Chris Pine) is getting bored with the routine and is considering a promotion to Vice Admiral of Yorktown, a space metropolis they land on to replenish supplies. Though still only 35, Pine has grown into a perfect Captain James T. Kirk. With his piercing blue eyes and well-shaped features, he is classically handsome and masculine, but more adventurous and impulsive than the average authority figure. The perfect combination of an airline pilot, astronaut and super-hero throughout the film, the resourceful Kirk lets us know why he is captain, making those hard decisions under pressure and taking risks along with those under his command.

Meanwhile, Commander Spock (the excellent Leonard Nimoy lookalike, Zachary Quinto) is feeling the weight of responsibility to replace his late father on planet Vulcan.  Father issues reappear in this film, and Spock isn’t the only one with issues.  He and Lieutenant Nyota Uhura (Zoe Saldana), communications officer of the USS Enterprise, end their budding romance, though you can tell neither really wants to.

If not knowing who to trust were an issue in ‘Into Darkness’, here, you might suspect that there’s something cagey about Kalara (Lydia Wilson), a mutant and poster girl for disastrous plastic surgery. Kalara is pleading with the Enterprise to rescue her spacecraft, which is stranded in the nebula.  It’s not long before the Enterprise is attacked by a craggy-faced creature named Krall (Idris Elba) who has a secret identity, the key to which lies in the Foundation’s past. Krall is in search of an artefact that Captain Kirk has hidden, not fully aware of it power.  This bland looking metal object, when united with its other half, is the equivalent of the coveted ring in Wagner’s Ring Cycle and it seems to carry the same curse for whoever possesses it. 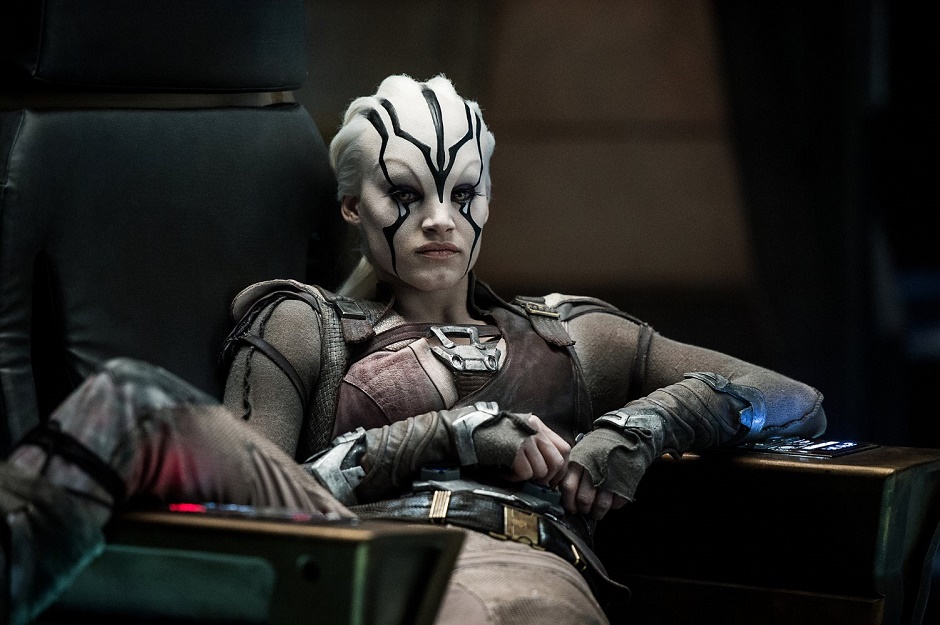 Krall’s army capture the Enterprise’s crew, with the exception of Spock and Dr Leonard McCoy (Karl Urban); Kirk and Chekov (the late Anton Yelchin); and the engineer, Scotty (Simon Pegg) still grappling with a Scottish accent. They manage to escape by activating the boosters on the saucer as the Enterprises crashes. Stranded on a strange planet where Krall has set up camp, the crew unite and regroup with a plan to attack Krall.  Scotty is negotiating a tenuous friendship with a sexy scavenger named Jaylah (Sophia Boutella) whose family was killed by Krall.  A survivor, the woman is not only fearless, but she is angry about the death of her father.   Slightly punk in style, her face is decorated in black-and-white, but otherwise Jaylah is your standard Amazon warrior queen-type.

For the rest of the film the crew have to use all of their combined skills and admirable teamwork to defeat Krall.  Conveniently, they discover the wreck of the USS Franklin, an old spacecraft, and get that working.  The fighting returns to Yorktown, with some spectacular effects and stunts. That said, Yorktown looks familiar, rather like the space habitat in Neil Blomkamp‘s Elysium, minus the greenery or an old blueprint of Boris Johnson’s vision for London.

While the relationships between the characters continue to be one of the chief attractions of the series, Star Trek: Beyond appears to be less forward than backwards looking, both in terms of Krall, the style in which the film is shot and its episodic nature.  It’s safe and entertaining enough, without being particularly memorable.

The film ends with two sobering memorials: one to Leonard Nimoy, who died 17 months ago, and the other to Anton Yelchin, who died in a freak car accident last month at the age of 27.   JJ Abrams, who co-produced Star Trek: Beyond, says that they will not be replacing his character, Chekhov.   One will not really miss this half-baked character, but Yelchin’s untimely death is all the more of a tragedy for his family, Jewish refugees from Russia who have suffered so much already.