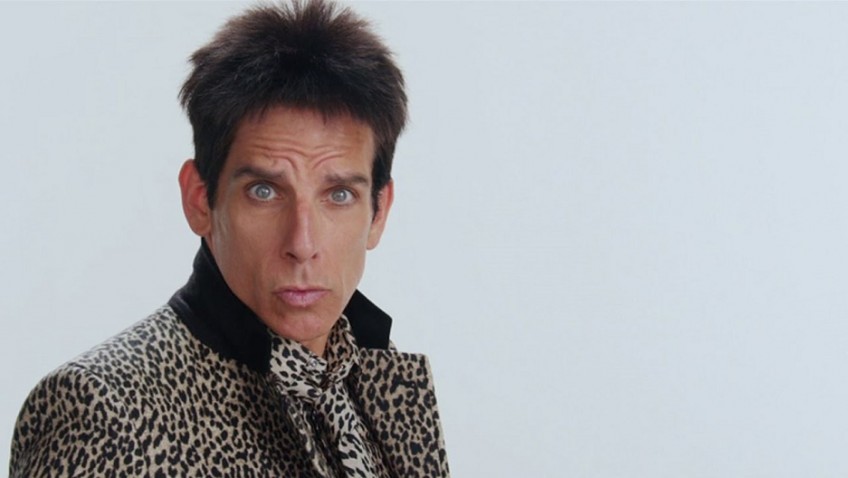 Ben Stiller deserves better, and so do his long-suffering fans.

Ben Stiller directs and stars in Zoolander 2, a film that starts out with its best scene, and then struggles to find anything to follow it.   Pop superstar Justin Bieber parkours through the city pursued by assassins, only to be gunned down, like a fly on a window screen, when he clings to the gates to Sting’s house (yes, another cameo).  Bieber, we then learn, is the latest in a series of pop singers under attack. They are all found dead with male model Derek Zoolander’s ‘Blue Steel’ look on their faces.

Ben Stiller is going to find himself under attack, too, and without having found that elusive ‘Blue Steel’ touch, literally or figuratively.  Stiller’s major performance clearly took place before the start of principal photography when he convinced financiers and actors that, after 15 years, there was anyone really interested in Derek Zoolander’s return, or any reason to have him return.

Zoolander might have slipped, under-rated, under the radar in 2001 but it was never great cinema.  Still, the silly gags, Stiller’s Blue Steel ‘look’, the costumes themselves and the impressively prophetic satirical scenes about the fashion industry were fresh enough to give the film a minor cult following.  To give the sequel any hope, however, it needed a very funny script, a decent plot and great costumes: largely absent from in Zoolander 2.

Instead, we get a who’s who of international cinema A-listers, and a long list of cameos from the fashion world (including Tommy Hilfiger and Anna Wintour), all of whom overact and have little to do. Many, like Katy Perry, Susan Sarandan and John Malkovich, appear on screen for so short a time you could blink and miss them, while Benedict Cumberbatch is completely wasted and almost unrecognisable.   The actress Penélope Cruz co-stars as an Interpol agent, but the Oscar-winning actress is clearly cast to fit into tight and revealing latex outfits, and not to do any real acting.

There are, of course, a few laughs, but too few. One funny scene sees Derek Zoolander  (Stiller) and Hansel McDonald (Wilson), who have been separately summoned to Rome by Billy Zane (himself),  blinded by photographers’ cameras when they arrive at the airport. Just as they shield their eyes, we see Susan Boyle pass them by heading into the limelight.  Another involves Zoolander’s estranged son (Cyrus Arnold) who has been brought up at a private school in Italy after his mother’s death.  Zoolander mistakes his chubby and plain looking son for the handsome, fit Italian footballer in the playground.

For most of the film, however, the pop star death plot is submerged in a choppy sea of misjudged jokes and gags that fall flat.  Zoolander and McDonald, the famous former friends, are not speaking when the film begins.  McDonald believes his career is over due to a small scar on his face, the result of Zoolander’s greed in building an educational establishment with cheap (recycled) building materials.  Zoolander has to live with his conscience, however, as his wife was killed in the building’s collapse.  This preposterous back story seems to go on and on.  Equally unbearable are all of the gags involving McDonald’s rainbow harem who are all pregnant (including a male) when he bids them farewell to answer Billy Zane’s call.