Home / LIFESTYLE / Bees in your briefs 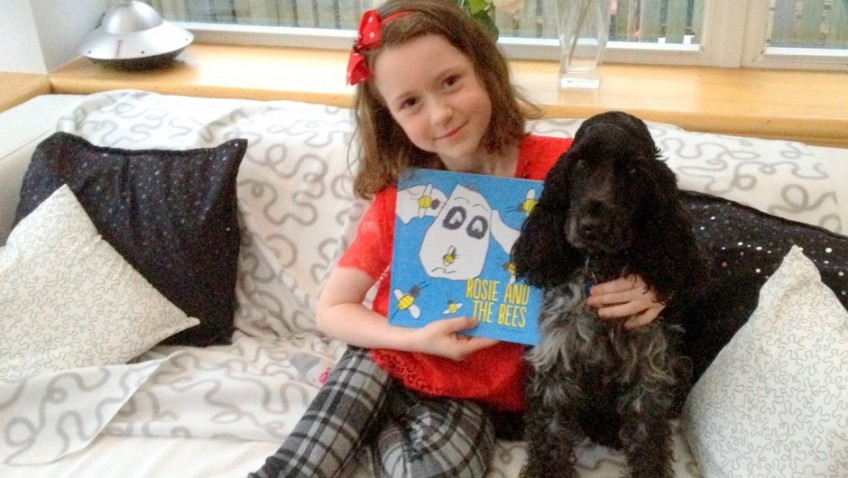 Bees in your briefs

A six-year-old girl has scored an international book deal with a hilarious story — about bees in her gran’s knickers.

Maia Blackie, wrote and illustrated her first book during visits to her grandmother’s house and eventually submitted it to a writing contest.

Her book, Rosie and the Bees, beat off competition from around the globe and sealed a publishing deal in the US.

But news of  Maia’s success was kept secret from her until the first print arrived in the post at her gran’s home in Bearsden, East Dunbartonshire.

Proud grandmother and retired teacher Kate Blackie, 67, said: “Everyone in the family is so proud of Maia.

“She put a lot of work into it. It’s a nice, simple book with a lot of humour.

“It took Maia a couple of months to write since she’d only work on the book when she was staying at our place on the weekends.

“But half of the children in America now think that I wear big, frilly knickers. I feel like putting a disclaimer to say that it’s just fiction.

“We were all over the moon when we found out she won and I was preparing her in case she lost.”

The book’s plot revolves around Maia and her best friend Lily setting free a swarm of bees which are trapped in a piggy bank.

On their release, the insects escape into the garden and eventually land on her grandmother’s big and frilly knickers which are on the washing line.

Maia’s grandfather appears from his shed and explains to the girls that the bees are looking for a new home.

Kate’s dog, Rosie, plays a starring role in the book – getting stung on the nose by a bee after following it around and not heeding any of the many warnings.

Maia said: “It was hard work writing the book, but I enjoyed drawing the pictures. I never expected to win.

“When I opened the envelope and saw my book I got a big surprise. I was very happy and got a gold award at school for winning.”

The first print of the book, published by Bobbledy Books, has already sold out with more becoming available to buy online soon.