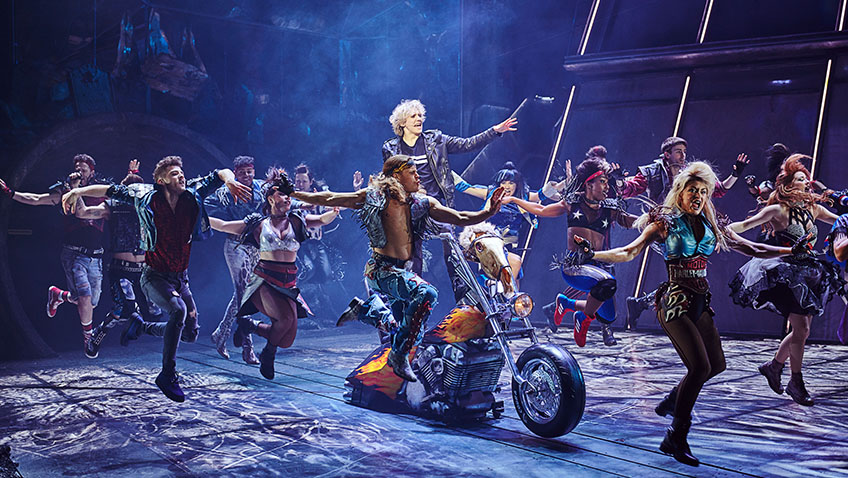 Bat Out of Hell supports the Invictus Games Foundation

Earlier in the year the winner of the Evening Standard Radio 2 Audience Award for Best Musical 2017, Bat Out of Hell – The Musical, announced a wide-ranging global partnership to support Prince Harry’s Invictus Games Foundation.

The hit musical is a romantic adventure about rebellious youth and passionate love, set against the backdrop of a post-cataclysmic city adrift from the mainland. Bat Out of Hell became one of the best-selling albums in history, selling over 50 million copies worldwide. 16 years later, Steinman scored again with Bat Out of Hell II: Back Into Hell.

Award-winning Jim Steinman has incorporated the iconic songs from the Bat Out of Hell albums, bring legendary anthems such as You Took The Words Right Out of My Mouth, Bat Out of Hell, I Would Do Anything For Love (But I Won’t Do That) and Two Out of Three Ain’t Bad to life, combining the magic of musical theatre with the immense energy of rock ‘n’ roll.

The cast of Bat Out of Hell – The Musical at the Dominion Theatre is led by Andrew Polec, winner of the Joe Allen Best West End Debut in the Stage Debut Awards 2017, as Strat and Christina Bennington as Raven, with Rob Fowler as Falco and Sharon Sexton as Sloane.

On 29th June, the head of the Invictus Games Delegation, Air Vice-Marshall Garry Tunnicliffe, on behalf of the UK Invictus Games Partnership Board, invited the cast to the Dorchester Hotel, London, to perform at their fundraising gala.

Andrew Polec, who plays Strat in the musical, said, “It was such an amazing honour to perform in support of Invictus. What a rocking night! Our whole cast is looking forward to further building this incredibly special relationship.”

Bat Out of Hell – The Musical producer, Michael Cohl said, “We are so pleased to deepen our partnership with this wonderful charity and make our contribution towards the success of the Invictus Games 2018.”

The show is donating a percentage of all top price tickets sold and fans can also donate directly when purchasing tickets to the transformational work done by Prince Harry’s Invictus Games Foundation.

Bat Out of Hell – The Musical is showing at the Dominion Theatre, Tottenham Court Road, London, currently booking October 27th 2018. For more information, ticket sales and details on how to donate directly to Invictus when buying tickets, please visit: https://www.batoutofhellmusical.com/

The next Invictus Games will be held in Sydney, Australia between 20 -27 October 2018. For more information on the Invictus Games Foundation, please visit: https://invictusgamesfoundation.org/