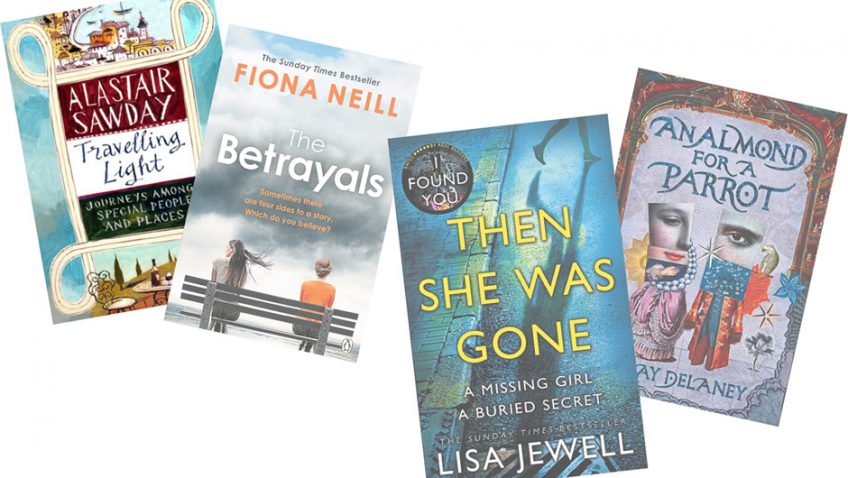 Perhaps best known as the founder of Sawday’s, the award winning travel company based in Bristol, Alastair Sawday’s account of his life and travels is a charming and enlightening read that will appeal to those of us who seek reassurance in an increasingly wearisome and superficial world. Here is a man who wears his wisdom lightly.

An inveterate traveller and environmentalist, Sawday takes us on an engaging journey through the British Isles, Europe and beyond seeking out interesting and often idiosyncratic people and places, many of which have inspired his company’s eclectic offerings.

This book is something of a celebration of those aspects of life that many will see as fundamentally most important: acts of peculiar generosity and warmth; appreciation of the simple pleasures of wonderful scenery, nature, architecture and good food, all consumed at a (refreshingly) leisurely pace. Here the harsh realities of life are cushioned by a realisation that there’s still something well worth discovering and living for out there.

Sawday’s humanity shines through here. He takes a broad view of life, tempering his own strongly held beliefs with an acceptance of the foibles, opinions and, indeed, quirks of others. His services to travel have no doubt stimulated many to broaden their horizons and this book does much to continue the good work. Informative, funny and entertaining in equal measure, this book is a delight and a breath of fresh air. Highly recommended.

The Betrayals by Fiona Neill

This is the story of a dysfunctional family which is not unusual these days. We are offered many problems in one package: a husband leaves his wife for her best friend whose husband is an alcoholic; their daughter has serious OCD and the other three offspring of both families are affected.

There is little light relief and this adds up to some serious drama but it is the way each character deals with their own trauma in relation to the others which makes it fascinating. It is told from the perspective of several of the characters and it takes a while to get used to the fragmented narrative but does give better insight into the effects of the actions on the family members.

The description of Daisy’s OCD is spot on and I recognise my own daughter in this which has helped me personally. I was engrossed in the unravelling of their lives and while it was not a feel-good story I found it satisfying.

Well written and very credible if you want to lose yourself in a modern family drama, reading this book is a good way to do it.

Then She was Gone by Lisa Jewell

This is a book that fascinates on many levels and makes an engrossing read. Lisa Jewell is a favourite author and covers many contentious topics but in such a way that you become involved with the family facing the problems.

In this book Laurel’s daughter Ellie disappeared at the age of 15, and 10 years later with a broken marriage and splintered family Laurel meets Floyd who sweeps her off her feet. We follow the relationship with hope that at last, Laurel can find happiness but the twists and turns of the story create an undercurrent of uncertainty and darkness.

This is woven so skilfully into what seems a modern tale of love, family and the loss of a child that I stayed up reading long into the night.

Unlike many of the modern psychological thrillers this does have a realistic denouement that brought a satisfactory end without the saccharine unpleasant taste of happy ever after.

Another bestseller surely from the author who improves with every book of hers that I read.

An Almond for a Parrot by Wray Delaney

‘I would like to make myself the heroine of this story – an innocent victim led astray. But alas sir, I would be lying…’

It’s London 1756 and a pregnant Tully Truegood awaits her trial and almost certain execution in Newgate gaol having been charged with murder. Feeling bereft, she starts to write her life story in the vain hope it will reach the love of her life.

What emerges is a fascinating tale of a motherless child largely ignored by her wastrel of a father and who is a virtual prisoner in her own home. Her only companion is the cook and the occasional visit of Pretty Poppet, a young girl who everyone else mysteriously ignores. Her father’s remarriage seems to offer Tully a more comfortable and normal life, but all is not what it seems. Finally leaving her childhood home at the age of seventeen in an act of spirited defiance, Tully is surprised to find herself at the Fairy House, a notorious house of ill repute on Lincoln’s Inn Square, and even more surprised to find that her stepmother owns it.

Her skills at showing the dead to the living find her apprenticed to the mysterious Mr Crease, performing mystifying tricks to an appreciative brothel audience. Here, in true 18th century style, decadent excess is a must. Tully’s innocence gradually disappears and her life as a courtesan begins. The mystery surrounding her marriage at the age of twelve is an ever-present sinister threat and although falling in love brings Tully longed for joy, it all too swiftly turns to heartache and pain.

Initially, I was a little surprised by the explicit sex in this romping tale but to be fair, it is set at a time that was notorious for its casual approach to morals and most of the story is set in a brothel, so what would you expect? Tully Truegood is a delightfully honest, warm, witty and engaging protagonist and very quickly captures the readers’ affections. The minor characters are well drawn and whilst none compete with Tully for the centre stage position, they all have a significant role to play and the relationships and camaraderie that Tully shares with Queenie, Hope, Mercy and Ned Bird are very well portrayed. The historical language and tone are excellent and the magical realism is well woven into the tale.

This book has it all; it’s an engrossing historical tale of domineering men, first love, erotica, death, jealousy, violence and magic and is full of wit, drama and mystery. This is the first adult novel by the acclaimed children’s author Sally Gardner using the pen name, Wray Delaney. With hints of Sarah Waters and a nod to Angela Carter, this is a thoroughly enjoyable saucy bodice-ripper; a fairy tale for grown ups and an irresistibly good read.