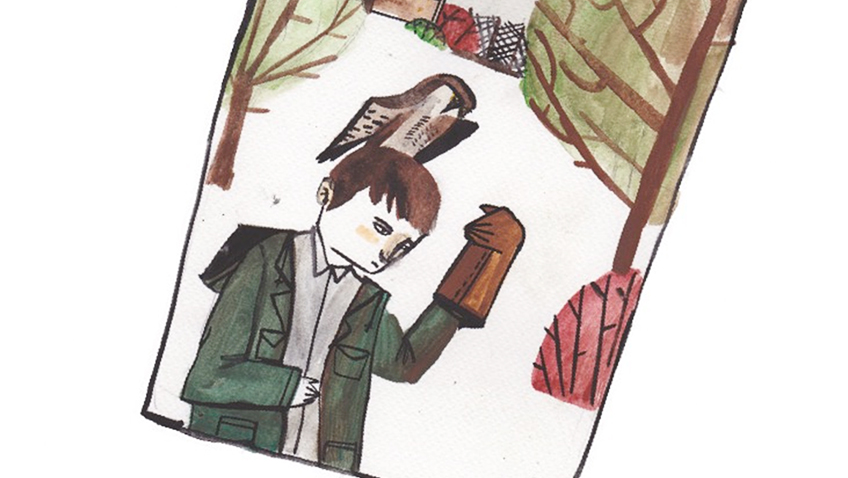 Further tales from the bookshelf

Annie Johnson reviews A Kestrel for a Knave by Barry Hines

This month I’ve pulled out an old favourite of mine from the bookshelf; A Kestrel for a Knave

Barry Hines (1939 – 2016) was a writer of novels, radio plays, stage plays, television drama and screen plays, but will always be most remembered for this iconic novel. Fifty years ago, A Kestrel for a Knave

arrived with a bang, making a huge impact with its gritty, bleak and honest portrayal of the life of a young lad growing up in the Yorkshire mining town of Barnsley. Ian McMillian, The Bard of Barnsley, once said that: ‘The novel ‘A Kestrel for a Knave

A Yorkshire man by birth, Barry Hines was a no-nonsense, thoughtful man and a darned good writer. His skill is in brilliantly depicting the everyday lives of real working class people in real places; fabulous reflections of the society and times in which they’re set.

A Kestrel for a Knave

is the story of Billy Casper, a troubled, skinny, snotty nosed school boy who is forever in trouble with just about everyone for just about everything. Home consists of his inept and selfish mother and his thuggish older half-brother, who spend most of their free time in the pub. Life for Billy is tough, colourless and cheerless, with little respite from his dreary day-to-day routine and the predictable violence.

The imagery in the book is stark and intense and Billy’s love of the natural world contrasts sharply with his hostile and soulless life at home. School gives little respite, with the majority of the teachers and pupils seeing Billy as a troublemaker, an idiot and a waste of space. By most standards, Billy is one of life’s losers.

Stealing a book on keeping kestrels opens a door for Billy and against all the odds, he is hooked on falconry. Eventually he finds his bird – Kes – and all of a sudden his life has some meaning and purpose. Predictably ridiculed by those around him, Billy finds solace in training Kes.

This is no schmaltzy feel-good novel, but despite the hardships, broken spirits, broken bones and broken dreams, there is some wonderful quick-witted banter and glimpses of hope.

I first read A Kestrel for a Knave

in 1977 at school, and saw the Ken Loach film Kes shortly after. As excellent as the film is, it is the imagery and sense of place invoked by Barry Hines’ novel that has stayed with me over the intervening years. The book is a tribute to a 1960s adolescence and to a life and community that has long since been subsumed by time.

First published in 1968, A Kestrel for a Knave

was on the O Level English reading lists for many years – and rightly so. If you haven’t read it, give it a try. At 208 pages, it’s a short book and one I would definitely recommend reading.