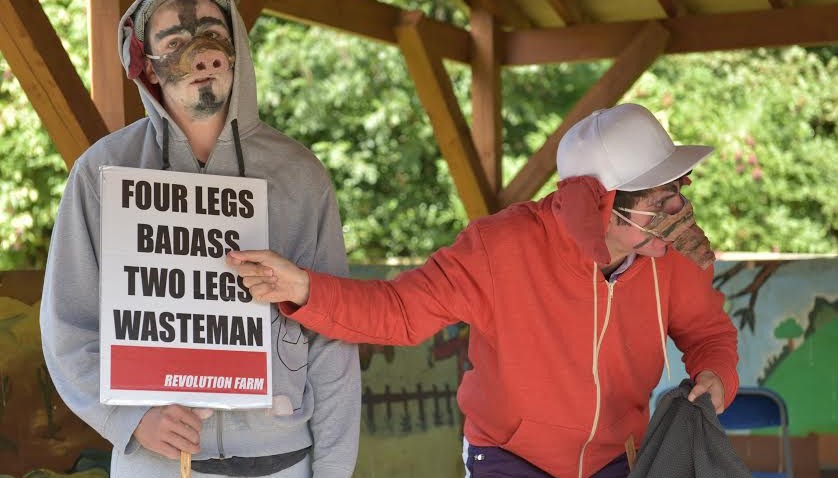 What could be a better place to put on a site-specific performance of George Orwell’s Animal Farm than an actual farm? But sadly, for copyright reasons, it is not Orwell’s text and hence the title, Revolution Farm.

It is just his story-line and some of his political ideas. The characters have been renamed and even the novel’s most famous line – “All animals are equal but some animals are more equal than others” has had to be re-written.  Orwell’s text is much missed.

Newham has one of the highest rates of child poverty in London and is in the top ten most deprived boroughs both in London and nationally.

It is a pity that this production, a worthy project by Community Links, an east London social action charity working with 16,000 children, has only nine primary schoolchildren taking part in it and that the production itself should be so uninspired.