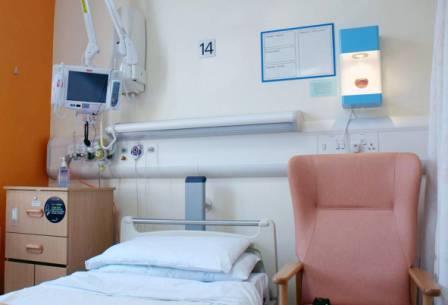 Age UK published the alarming figures on the day the Chancellor announces his Budget.

Findings for the Charity reveal that between just two years (Jan-Dec 2014 and Jan-Dec 2015), there has been a 28.4 per cent increase in the number of hospital days lost due to a lack of social care provision available for people being discharged from hospital.  This increase came in the first year of the Better Care Fund (from April) when it was hoped that pooled funding would reduce delayed discharges.

Cuts to community health and social care services have meant the NHS has wasted bed-days while patients wait for the right care and support in the right place to become available.  Looking deeper into the issue, the Charity can reveal there has been a:

Age UK’s accompanying report: Behind the Headlines, explores the complexities around hospital discharge and looks at the horrible situations often facing older people and their families when it is clear they need follow-up support but none is available.  Calls to Age UK’s free Advice Line on delayed discharge have almost doubled in the last three years and some of the callers agreed to share their experiences for the report. The stories reveal what delayed discharge actually means for some older people and what could happen to any older person and their family and friends.

The Charity argues that a combination of acute shortages of good health and care services to help older people recover, poor co-ordination and sometimes downright buck passing between the NHS and care services, and a lack of information and general confusion about what’s available and who is responsible for paying for care are the main problems behind most delayed discharges of older people from hospital wards.

Age UK’s Charity Director, Caroline Abrahams, said:“These statistics and our accompanying report describe the slow motion car crash that occurs when you underfund the social care services that allow older people to be safely discharged from hospital – this at a time when demand for such services is constantly rising because our population is ageing.

“Older people, their families and friends, and the overstretched staff in councils and hospitals trying to keep the system going are all victims of the funding decisions that have been made. So too are the hundreds of thousands of people of all ages who have had to wait longer for hospital treatment because of the resulting shortages of available hospital beds for them.

“We show in our report how older people and their families can find themselves trapped in nightmarish situations; under pressure to leave hospital but forced to wait for the care support they need for a full recovery, if indeed this is available at all. Sadly, without it older people may never regain their previous levels of health and fitness. In some cases this means they can no longer live independently, in others that they quickly have to be readmitted to hospital, risking a damaging downward spiral for them all over again.

“This awful situation represents a staggering waste of public funds that also hurts vulnerable older people and their families. It is why we believe the Government should urgently look again at the funding being provided for these kinds of services, acknowledge the need for substantially more investment, and take action to plug the all too obvious funding gaps.”