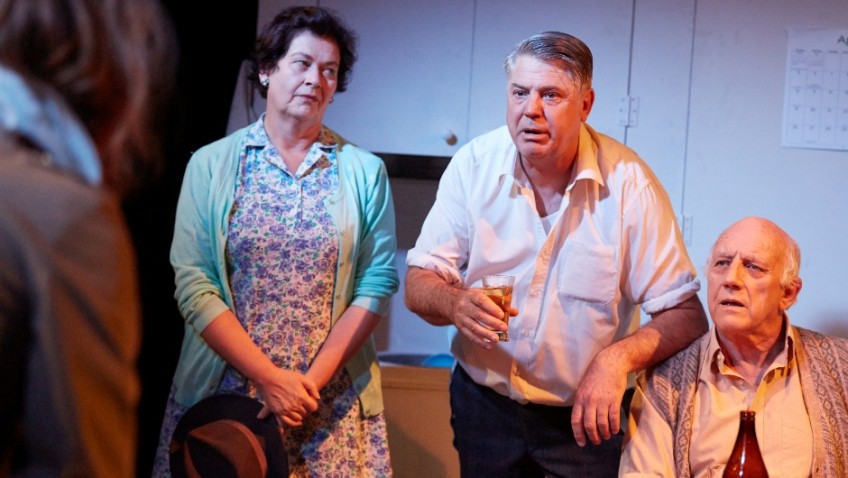 Robert Tanitch review One Day of the Year at Finborough Theatre, London SW10

Australian playwright Alan Seymour’s drama is set on Anzac Day, the 25th of April, the day on which Australians remember those who died in Gallipoli during World War 1.

Gallipoli put Australia on the map; but Gallipoli was a defeat, a fiasco, doomed from the start, a bloodbath, a waste of lives.  Over 8,000 Australian soldiers were killed in Turkey in 1915.

The play caused a furore at its opening in 1960. Seymour was thought to be unpatriotic for describing what actually went on after the parade was over.

Seymour was labelled a communist and un-Australian.

Today, One Day of the Year is considered an Australian classic and as authentically Aussie as Ray Lawler’s Summer of the Seventeenth Doll.

Seymour died earlier this year (he was 87) so Wayne Harrison’s revival is a timely and fitting tribute to him. The play hasn’t been seen in the UK in over 50 years

The action is set in a working-class home in a Sydney suburb. There is a clash between father and son, a generational thing.

The father (Mark Little, excellent), who works as a lift operator in a department store, is proud to be Australian and proud to be working class. He looks forward to Anzac Day. He enjoys the parade and the booze-up afterwards. It is the one day in the year when he feels he is not a no-hoper.

His son (James William Wright, impressive) an idealistic undergraduate, hates Anzac day and challenges its myths. He doesn’t feel pride. He feels ashamed of the phoniness, the hollowness and all the ballyhoo. He is disgusted by his father’s drunken Behaviour.

Encouraged by his patronising, upper-class girlfriend, he determines to do a photographic expose for the university magazine. Instead of photographing the parade, he photographs the aftermath with the beer-swilling ex-soldiers vomiting and brawling in the streets.

I hope the play get a well-deserved transfer after its run at the Finborough.