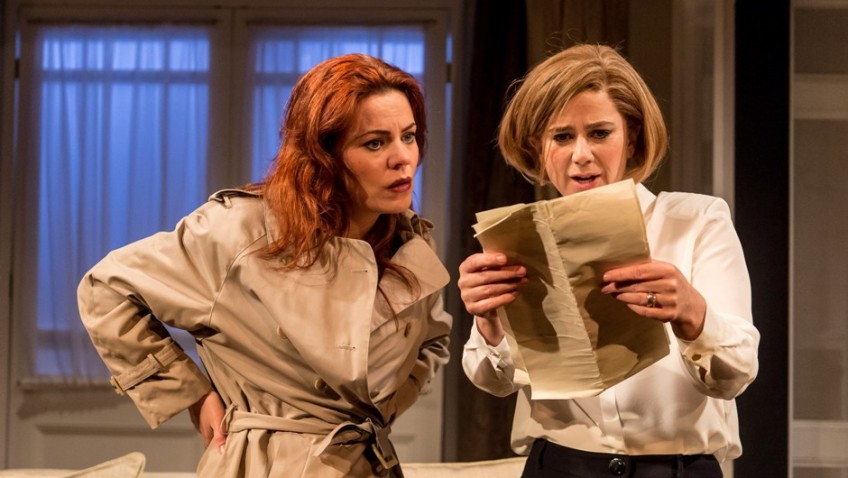 Alan Ayckbourn has been a professional playwright for nigh on 50 years and is the author of 79 plays.

This comedy-thriller, set in a time warp, dates from 1994. The production, directed by Lindsay Posner, is its first London revival since then.

Ayckbourn takes his inspiration for Communicating Doors from sci-if, film noir thrillers, Back to the Future and the time plays of JB Priestly. It is quite different to anything else he has written and not to be rated amongst his best work

The play is ingenious, too ingenious for its own good, and could have done with some tweaking.

She is shocked to discover that he had murdered his two wives. The suite’s communicating doors allows her to go back in time and rewrite history and save the two women from being murdered.

The three women end up in an over-extended farcical scene on a balcony.

Communicating Doors is fiendishly complicated and the juggling with time, constantly switching from era to era, doesn’t make it any the easier. The script has no reality whatsoever – unlike the time plays of JB Priestley.

2015 marks the 50th anniversary of Ayckbourn’s first West End production, Mr Whatnot. Would that play be more worthy of revival?

A safer bet would probably be How the Other Half Loves and his masterpiece, Absurd Person Singular.