Home / LIFESTYLE / Do Not Adjust Your Set 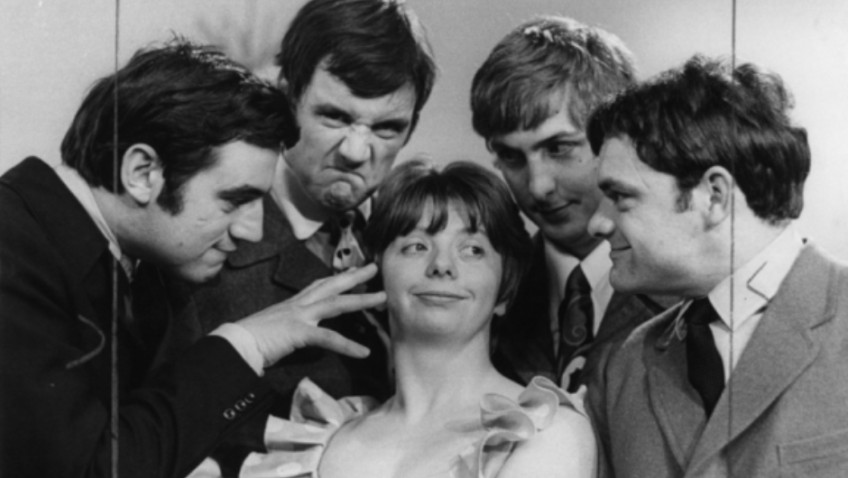 Do Not Adjust Your Set

Who remembers this landmark programme that was on our television screens from 1967 to 1969 and was the most innovative comedy show of its time?  The cast included Eric Idle, Terry Jones and Michael Palin who went on to create Monty Python and a whole new genre of humour.

Also a new and exciting persona emerged from the chaos of the series – the female comedienne in her own right.  Previously most female comedy parts had been as a stooge for men but now we were presented with Denise Coffey, a fully fledged comedic personality.

I was honoured to spend time chatting to Denise,  who although having retired 10 years ago,  is still a natural comic who kept me laughing throughout the interview.  She guided me through her long career and talking so affectionately about her time with the characters on the children’s television show.

None of them could understand why it was scheduled as such as a lot of the humour was quite grown up and had a large adult audience,  many of whom left work early to watch the programme.  She described herself and David Jason who also starred, as the ‘bit of rough’, against the others who had been to Oxbridge universities.

She and David also featured as Captain Fantastic and Mrs Black, the most evil woman in the world.  I still recall the daring exploits of the Captain trying to foil the evilness of Mrs Black and her deadly handbag.

David Jason has now become one of the best loved British comedy actors while Denise went on to appear in many films and then to go over to USA to direct in the theatre.

Speaking in her home in Devon she told me a story of how many, many years after the end of DNAYS,  she was stopped in the street by a voice from above calling “Stop right there Mrs Black, the most evil woman in the world, you are under arrest.”

Turning around she didn’t see anyone until looking up noticed a mounted policeman.  He had recognised her as her character from his childhood and they shared the memory and a few laughs.

We also talked about the shows resident musicians, the Bonzo Dog Doo-Dah Band who featured the talents of Neil Innes and Vivian Stanshaw who both went on to great things in music comedy and films.

Denise appeared in one of Stanshaw’s films Sir Henry at Rawlinson End as the housekeeper Mrs E.  She has very fond memories of Viv  and still keeps in touch with Neil Innes.  Listening to her chat I felt as though we were old school friends discussing mutual acquaintances.

Another film that she spoke of fondly is Far from the Madding Crowd.  This is one of my favourite films and one that I could watch over and over again and I remember Denise as a hapless maid.  She has happy memories of the Dorset countryside and the hard work and fun during filming.

Denise will be appearing at the Slapstick 2015 Festival in Bristol in January next year, where I hope to catch up with her again.  The shows take place at Bristol Old Vic, Colston Hall or Watershed featuring Do Not Adjust Your Set as well as other comedy milestones.

Do you remember the TV programme?  If so share your memories as I should love to read them, send them to me at tina.foster@maturetimes.co.uk.