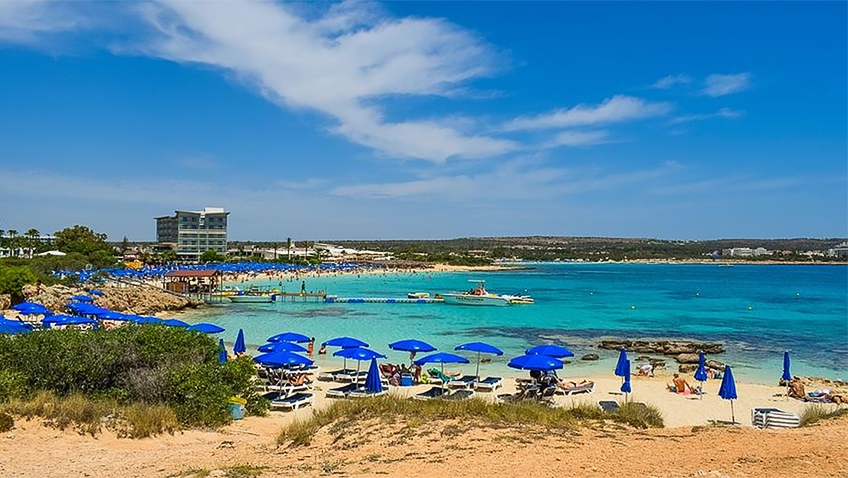 5 different experiences that the island of Cyprus can offer

By 3000 B.C., Cyprus was already widely desired by kings, emperors, sultans, and pharaohs. The Island nation located to the east of the Mediterranean Sea is hailed as the birthplace Aphrodite – the Greek goddess of love while some legends refer to it as the playground of the gods. Today, Cyprus is a touristic gem with an array of experiences and attractions worth checking out.

With annual average temperatures of 19 Degree Celsius, you can’t go wrong if you’re in search of sun-soaked white sandy beaches. Other than this, the island’s 648 km coastline is dotted with picturesque views, rocky outcrops, and shallow turquoise waters. Deep bays and capes fall in the mix of the seashores teaming with human and marine life. Go snorkeling or water skiing if you’re the adventurous type. If not, you can always wine and dine in fine beachfront restaurants. The boat tours will redefine your sense of aquatic and landscape beauty.

Cyprus has no shortage of ancient sites. St. Hilarion castle is home to captivating legends and myths of a fairy queen who charmed ancient shepherds. The castle offers unique hiking experience – a climb to the top gives way to a breathtaking view that blend the island’s landmarks with the azure blue seas. The Karpas Peninsula, on the other hand, spans out into a golden finger-like natural marvel that you can soak in as you wind through trails leading to hidden historic treasures. Other historic sites that compel many to Visit Cyprus include:

It’s easy to find yourself thinking of Cypriot cuisine as one and the same with that of the Romans and then Greeks given the three countries historic connections. A trip to Cyprus gives a different experience especially if you’re already familiar with the Greco-Roman delicacies. A look at the menus in any of the island’s exotic eating joints on the mountain tops or by the sunny sandy beaches reads something like:

Party animals find it hard to bid the island’s nightlife bye. Avia Napa is internationally known as the lifeblood of the Mediterranean parties. Excellent night clubs of various themes can as well be found in Limassol, Larnaca, Pathos, and Protaras. Funky beach night clubs flank nearly every spot of the island and this goes down well with the great weather and the island’s magnificent people.

Being an island, you would expect to meet fishermen at every twist and turn on the shores of Cyprus. In this regard, you’re in for a shock of your life – Cypriots don’t like fishing. Their taxi drivers don’t also give back change so carry fixed taxi fare when traveling on a shoestring budget. Wine enthusiasts bask in the joy of visiting Cyprus since its home to the world’s oldest wine label – 5000 years.

Cyprus is the only foreign country that has ever hosted an English Royal wedding. This happened in the year 1191. Being home to a tree that’s known to grant wishes and one of the world’s celebrated crime-free countries your pick on another destination instead of the island may not make sense to people who have had these 5 unique Cyprus experiences.