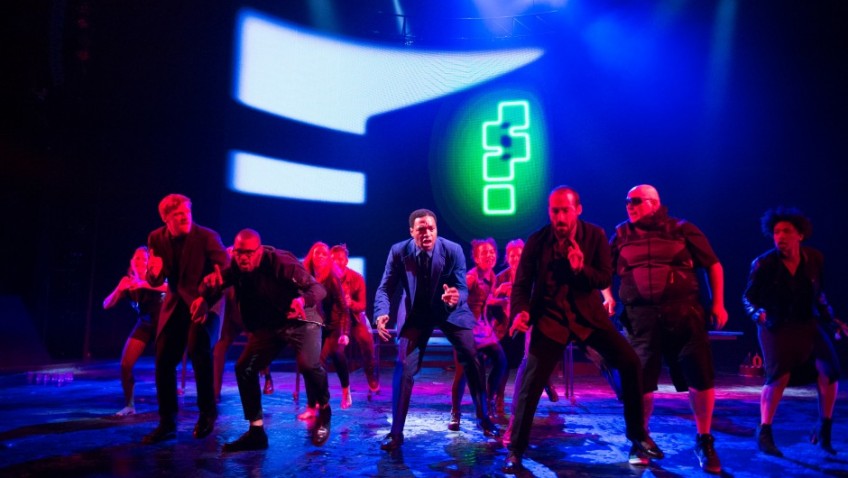 EVERYMAN, the most famous medieval morality play, hasn’t had a major production in the UK since the William Poel and Ben Greet productions at the turn of the 20th century.

I should have liked to have seen the play the anonymous playwright wrote; but, of course, the Christian audience for whom it was staged no longer exists

The play, written in the 15th century in rhyming couplets, is powerful Catholic propaganda about facing up to the final reckoning, God and Death.

The characters are allegorical and the drama takes it for granted that the audience believes in God and the reality of damnation and hell.

The Everyman staged at the National Theatre is an adaptation by the Poet Laureate, Carol Ann Duffy, who has turned the play into a parable for today’s secular audiences. Duffy’s colloquial, vulgar and amusing script gives the story a modern focus. The pilgrimage to redemption and heaven has gone completely. There is no hell, only death.

There is no spiritual enlightenment and the production is deliberately not spiritually uplifting. Instead Duffy lambasts a materialistic and consumerist society for squandering, abusing and trashing the planet.

Everyman (Chiwetel Ejifor) is a 40-year-old hedonist, hard-drinking, coke-snorting, selfish and filthy rich. He is surprised that Death should be calling on him so early in his life. Forsaken by all his friend and full of fear, he attempts to bribe God. Failing to do so, he spatters his credit cards

God is played by Kate Duchene as a cleaning woman with mop and bucket. The role has been merged with Good Deeds. Death is played by Dermot Crowley as a witty Irish man with shopping bag. Earthly Goods are portrayed as strutting, glittering, gilded mannequins.

Rufus Norris’s interesting production, his first as artistic director of the National Theatre, is notable for its physicality and opens with Everyman falling from a great height.

The staging includes an awesome parade of rubbish-bag giants and a tsunami which certainly puts the wind up the audience, even if it doesn’t have the unforgettable impact of Slava’s snowstorm.