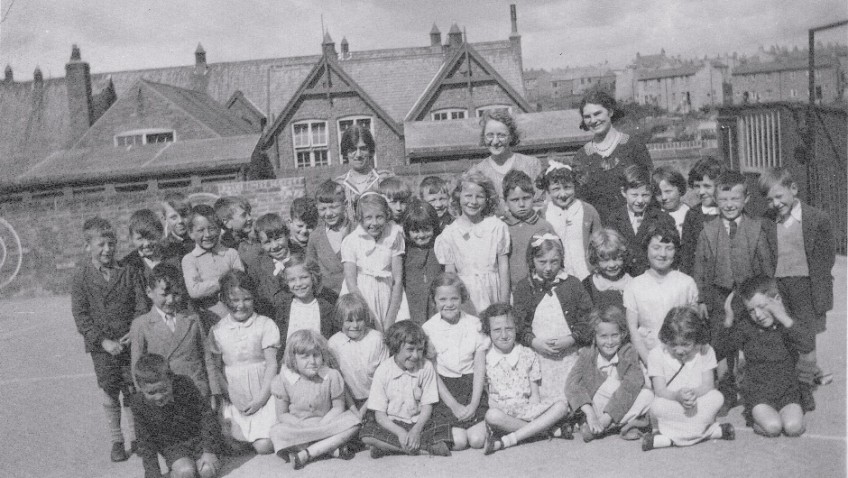 A North East woman, who had to fight for her own education and has devoted her life to teaching others, is now inspiring adult learners – at the age of 101.

While other people her age are content to enjoy their retirement, Annie Murphy, of Addison Court Nursing Home, Crawcrook, has embarked on a new career – passing on her knowledge and experience to those struggling to find work. Annie Murphy as a child

Earlier this month Annie, who was born in 1913, received a standing ovation following a talk to a group of 30 unemployed people of all ages at Gateshead’s Dryden Centre.

And, after speaking for 90 minutes without notes on topics such as the Miners’ Strike, Nelson Mandela’s fight for freedom and women’s fight for equal opportunities, she has been nominated for an award by Gateshead Council’s Workability Group, in recognition of her contribution to learning.

Annie’s own education began at Chopwell School, Gateshead, in 1918, “but my father, a miner who had come back from the war with shell shock, was an alcoholic,” she said, “and he didn’t want me at school.

“When I got a place at Blaydon Grammar, aged 11, he tried to stop me going. He wanted me at home looking after my four little brothers and my sister, but even though it involved a five mile walk and two train journeys every day, I was determined to be educated.”

In 1932 Annie embarked on a two year teacher training course at Norwich and then the recession of 1935 struck, “so I know what it’s like when you can’t find work through no fault of your own.” she said “and that’s what I told them during my talk.” Annie finally secured a teaching position at Coxhoe, County Durham and, as the Second World War broke out, experienced female inequality in the workplace at first hand.

“Until the war, women teachers had to give up their jobs if they got married,” said Annie, who had met husband-to-be, Michael Murphy in 1939, “but, when the men went off to fight, they needed the women, and so I was able to keep teaching, although they docked our pay by £1 a week.”

Annie continued to teach until the age of 60 and, having left Michael many years earlier, lived alone until just two months ago.

“I was perfectly capable of looking after myself,” she said, “but I missed having a properly cooked meal. I was buying convenience meals for myself and it just wasn’t the same.

“I always said I would never go into a home but Addison Court is perfect. There’s a cinema, a hair salon and a café and, thanks to the staff here, I’ve been given the chance to get out and about and meet lots of younger people and share some of what I’ve learned with them.”

“When she gave her talk, the audience were absolutely fascinated. Her memory is crystal clear and she brought events they’d only read about, to life. We are now hoping to line up more talks for her – she really is an inspiration.”