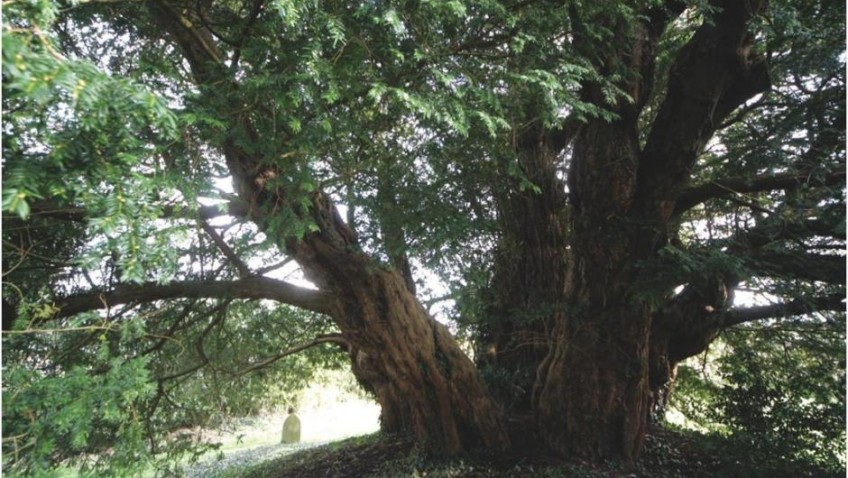 A 4,000-year-old tree thought to be Britain’s oldest living thing may be on its last legs, according to its custodian.

The stunning Ashbrittle Yew, in the churchyard of the parish’s Church of St John the Baptist, in Somerset, has a girth of 38ft and an enormous vast canopy.

Its central trunk is hollow with six smaller ones branching off – possible due to disease – and locals fear it is on its way out due to wilting branches and falling leaves.

Churchwarden Charles Doble said: “The tree is supposed to be the oldest living thing in England and was already fairly mature when Stonehenge was being built.

“But it’s looking extremely sick at the moment and I’m worried whether the rural church or the yew will die first.”

But tree expert Dr Owen Johnson said the yew, in the village 10 miles west of Taunton, could just be going through a bad patch.

The Ashbrittle Yew is the subject of myth and legend and people believe the mound it grows on is Bronze Age and that a pre-Roman chief is buried there.