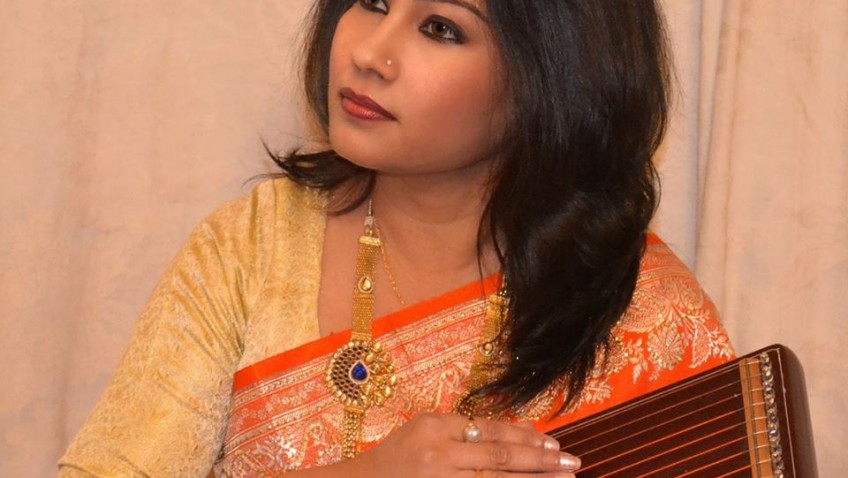 A two-day festival of world poetry and Indian classical music returns to Leeds for third time on 9th and 10th October 2015 following couple of workshops in local community venues.

Three top-notch Indian classical musicians of this country are coming to Leeds to perform in the festival.

The event showcases artistically exuberant, ‘hypnotic performances’ (Wimbledon Guardian) of Indian classical music (both vocal and instrumental). Along with solo recital of Sitar and violin, an experimental performance called Raagmala brings together the therapeutic vocal and instrumental classical music, haunting verses of traditional poetry from Lorca, Keats, Hafiz and Tagore as well as visually dazzling form of dance called Kathak.

All of the other forms of art are seamlessly faded in to the thread of music in a way that the combination can profoundly complement, explain or intensify the mood, meaning and artistic ambiguity of Indian classical music. Saudha, Society of Poetry and Indian Music – ‘one of the leading Indian classical music promoters of this country’ (BBC Radio, Bangla Mirror) and the organisation, which is in a journey to ‘exploring new forms and a Western Gharana of Indian classical music’ -is the organiser of the festival; -supported by Leeds Inspired of Council’s art fund.

The first day of the festival presents poetry recitation by local prominent poets with live, adjusting music in background from 7pm at Harehills Bangladeshi Community Centre. Saudha is delving into the seamless amalgamation of different arts with Indian classical music to develop a new way of performance called ‘Western Gharana’, – is in a campaign for creating new audience in the West by engaging ordinary, non-technical global audience into the hypnotic journey of music.

After a couple of critically acclaimed performances in Southbank, one of the prestigious and major art venues of the country, Saudha, the Leeds-based art organisation is set to visit Royal Albert Hall, Southbank, Edinburgh Fringe Festival and other big cities like Birmingham, Manchester, Liverpool with its two major touring events called Melody of Love and Shadows, Threnody of the Crucifix.