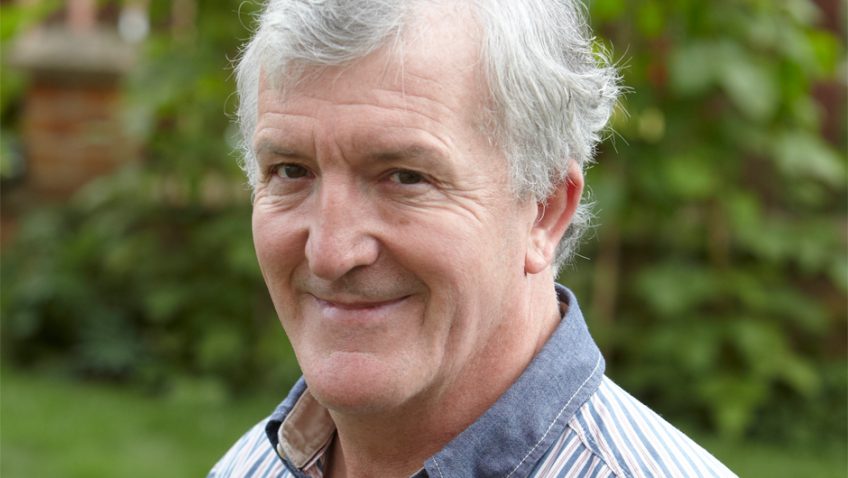 On the eve of World Hearing Day on 3 March, the world’s #HappiestSound is announced as children laughing. This is followed by birds singing, love (including being told ‘I love you’), waves crashing and music.

Andy Walker has no doubt what his happiest sounds are: Birdsong, a grandchild’s laugh and, more unusually, peeling a banana.

They mean even more to the father of three grown-up children from Sheffield because he spent most of his adult life unable to hear them.

That was until he was fitted with a bone conduction implant: the reason he agreed to be a face of the #HappiestSound social media campaign.

The idea of the campaign is that people post their happiest sounds online to raise awareness that everyone, where possible, should have the right to a happiest sound.

Andy, like many people struggling with hearing aids, was unaware that he might be eligible for a more sophisticated bone conduction implant free on the NHS. That was until his partner’s friend said that he should ask for an assessment.

More than two-thirds of Britons, in fact, who suffer from hearing loss are not getting their hearing sorted, despite the problem being connected to depression and early onset dementia.

From a young age, a condition known as runny or discharging ears, caused Andy to have poor hearing. The affliction makes it difficult to wear hearing aids, as they block the ears and can stop infections from clearing.

Andy largely got by until his good ear started to discharge in his 50s and he found it impossible to wear his hearing aid and keep the infections – which were then affecting both ears – at bay. It was a difficult situation, for Andy, now 56, who works in a noisy steelworks.

But the problem was resolved when he was fitted with a bone conduction implant, in a simple day case procedure in May 2012. The discharge cleared up and he could hear better than he had all his adult life.

“The surgery was straightforward, all done and dusted in the morning. I went home that afternoon and wasn’t in any pain,” says Andy.

“Three months later the device was switched on and it was fantastic. Things sounded normal but the first thing I noticed was how loud the room was. When I asked what all the noise was I was told that it was the air conditioning,” he adds.

“I remember going down into the hospital café and sitting there listening. I had bought myself a banana and getting back to the car I sat inside and peeled the skin off. I could actually hear the skin tearing and I was fascinated.”

That is why Andy – a health and safety manager at the Tata Steelworks in Stocksbridge – has chosen a peeling banana as one of his happiest sounds, as part of the #HappiestSound campaign. He wants to help raise awareness of the technology which has transformed his life.

“Not everyone knows they can have a bone conduction implant or a Cochlear implant if their hearing aids don’t work,” says Andy. “They think these devices are for children, or that they would have to go private. But so long as you meet certain criteria you can have the simple surgery free on the NHS regardless of age,” he adds.

“I would say for anyone who gets the chance to have this technology they should go for it. It has changed my life, the way people react towards me and how I communicate with them.”

To find out more about the campaign, visit happiestsound.com and for more information on bone conduction implants visit Iwanttohear.com