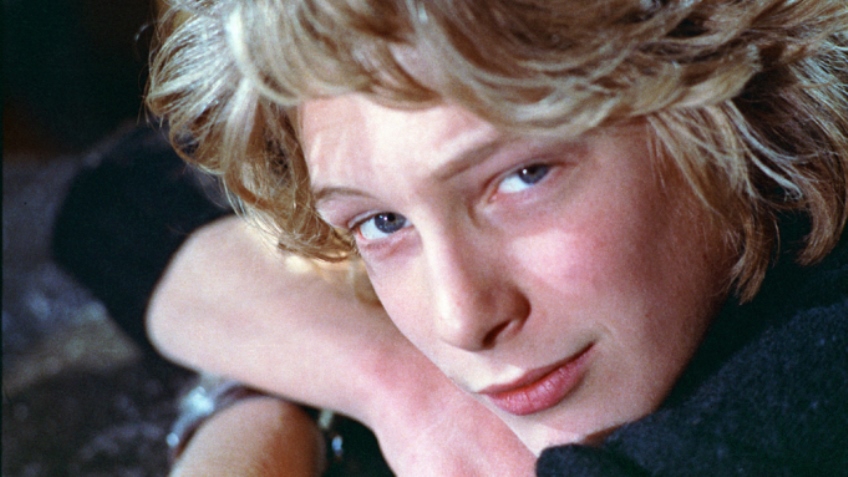 Visconti’s 1971 film Death in Venice is the starting point of this haunting, riveting, if frustrating biographical documentary.

You might have found yourself wondering what ever became of a certain actor or actress who had their moment in the limelight with a high-profile film, only to fade from our minds and those of casting agents. Most fade into a normal family life, some into lives of regret. More reassuringly, Alicia Silverstone never again reached the heights of Clueless, but has been working steadily ever since. Nothing, however, prepares you for what directors Kristina Lindström and Kristian Petri discovered when they caught up with Björn Andrésen. Björn who? If you are of a certain age, you might not remember the name, but you’ll remember the posters.

There are few documentaries with the increasingly unsettling fascination of the opening fifteen minutes of this biographical film that catches up with Björn 50 years after his moment in the limelight’s glare. In 1971, the fifteen-year-old Swedish orphan was chosen among thousands in a Europe-wide casting call to play Tadzio in Luchino Visconti’s 1971 adaptation of Thomas Mann’s Death in Venice.

At the time, Visconti, a Communist who had servants and was descended from an Aristocratic Italian family, was one of the most venerated directors alive, following Rocco and his Brothers, The Leopard, and The Damned. According to one testimonial, he was also one of the most terrifying directors.

Though older (at fifteen) and much taller than what Visconti expected, the director claims he knew right away that Björn was his Tadzio. His hair was, as in the book, honey-coloured and his grey eyes were “‘the colour of water, as Mr Mann wrote.” In addition, this Swedish boy had a special charisma.

Visconti stipulates that the film is a love story about pure love. “There’s no risk of slipping into sexuality; that would be a big fault.” And indeed, as we learn, Visconti, who was homosexual, as was the film’s closeted star, Dirk Bogarde, issued orders that the largely gay crew should stay away from Björn.

But in dubbing his find “the most beautiful boy in the world” and parading him as such through the throngs of paparazzi at the Cannes Film Festival, and, after, in a gay nightclub, Björn became objectified, not just by homosexuals but by screaming fans on the film’s promotional tours. This is particularly the case in Japan where we see him offered a recording contract, advertising deals and become the model of countless manga cartoons aimed at young girls. He does look like a prince.

The shock factor comes in early when these youthful images give way to a tall, painfully thin old man with unkempt, long, shaggy, white hair almost down to his waist walking through the ruins of what might be a film set, like a cave man, or, more aptly as we shall learn, a penitent saint.

In his flat in Sweden, his girlfriend, on cleaning duty, is helping Björn, now about 65, but looking older, in his fight against eviction for having left the gas on and nearly burning down the building. His cramped, cluttered flat is far from the glamourous Grand Hotel des Bains on Venice’s Lido where his beauty (or a plague of contaminated shellfish) once metaphorically killed the famous, now troubled composer Gustav von Aschenbach (Bogarde).

Visconti sets the tone for this biodoc when he points out to the rapt press that Tadzio “is not really human; rather he is the angel of death.” Indeed, death haunts Björn who might feel that life has type cast him, although we never get that close to this man who has our sympathy, but who is hard to like.

Pushed by an ambitious grandmother into an audition (she may even have charmed, or blackmailed Visconti into giving her a small role in the film in exchange for her ward), Björn claims he was only interested in becoming a musician. Yet when we learn he was offered a record deal in Japan, we never learn why nothing came of that or why he did not pursue his musical interest.

The directors do inform us that Visconti’s three-year contract with Björn prevented him from pursuing offers and striking while the iron was hot, but there is no evidence of this provided. We learn that he took up various acting jobs in his life and see him (already in advanced middle age) on the set of one such film.

Visconti recalls, “he seemed frail; that’s beautiful in a film.” But, as his on-set minder knows, “you also have to be careful dealing with children like that” and here’s where the disturbing, but underdeveloped narrative of child abuse takes root.

The filmmakers take Björn on a journey into his past – visiting old sites – but without much mileage as Björn is not the most expressive subject, and he often needs prompting by those around him who use “you” in leading questions. The tragic back story we hear, however, prompts us to consider whether the moment that changed Björn’s life really was the day he was selected for Death in Venice, or a more real death a few years earlier.

Björn and his older sister were born 10 months apart, from the same mother and a different (unknown) father. After a brief period of happiness his creative, very talented, poetry-writing mother disappears, no doubt leaving Björn with abandonment issues. Sometime later her body is found in the woods, an apparent suicide. Never benefiting from therapy, he was adopted by his grandmother who brought him to an audition where the shy boy was told to strip and smile for the camera. The seductive image, of a Greek god’s face, reeks of exploitation.

Later we learn that Björn married and had two children, one of whom, a woman in her thirties, briefly appears in the film, but we learn nothing of his wife or what became of her. We do learn of another horrific tragedy for which Björn still carries the weight on his shoulders. We are left to decide for ourselves whether Björn’s chronic alcoholism was the result of the trauma of his mother’s disappearance and death or of the unstable and confusing years after Death in Venice.

A jumbled narrative leaves questions unanswered and not just, does Björn get back together with his girlfriend after what is arguably the best phone break up ever captured on film? But, though flawed, this may be the most haunting, riveting documentary of the year.