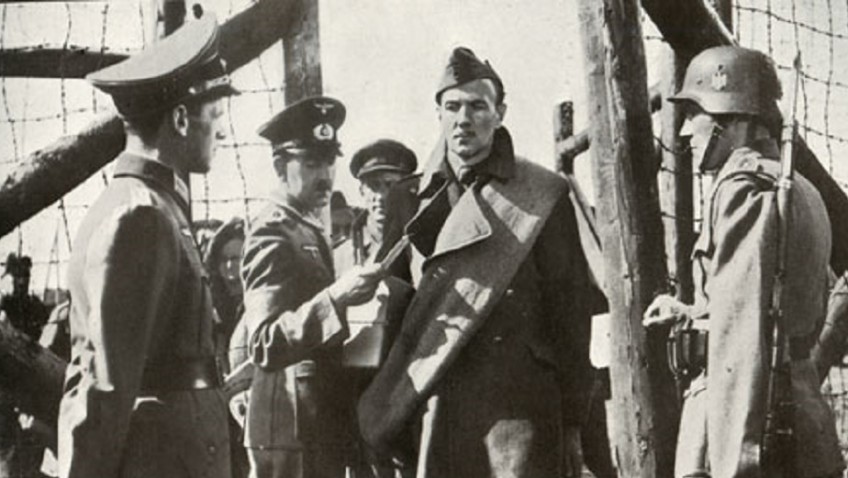 THE ANGRY SILENCE (StudioCanal) in 1960 followed hard on I’m All Right Jack; but this time union bashing was taken seriously. Actually the subject matter was about the way trade unions were being hijacked by militant troublemakers. Richard Attenborough (in a major turning point in his career) is the lone wolf, the blackleg, who refuses to participate in an unofficial strike and is intimidated, sent to Coventry and finally beaten up.

The trade unions (turning a blind eye to loutish Behaviour), the management (weak) and the workers (sheep-like) all come out of the story badly. Bernard Lee is the bullying shop steward. Geoffrey Keen is the decent middle management. Alfred Burke is perfect casting for a professional troublemaker. Pier Angeli (as Attenborough’s wife) quite rightly acts as if she were in a 1940’s Italian neo-realist film.

THE CAPTIVE HEART (StudioCanal) is dedicated to the “forgotten men” who had spent the war as POWs and created “little England” in the camps. Released in 1945 immediately after the war had ended, Basil Dearden’s film was timely and sincere; its patriotism and sentimentality was a morale booster and cause for pride, and especially so when the POWs drown out the loudspeakers blaring the German military song, “Denn Wir Fahren Gegen England”, with a rousing “Roll Out the Barrel”.

Good use of nostalgic war songs is made throughout. The stalwart cast included Jack Warner, Mervyn Johns, Jimmy Hanley, Gordon Jackson and Michael Redgrave, the latter playing a Czech officer who, escaping from the Nazis, assumes the identity of a dead English soldier to save his life and then in order to maintain the fiction writes letters to the dead man’s wife.

THE TALE OF THE PRINCESS KAGUYA (StudioCanal). Isao Takahata’s Japanese animated fantasy drama, eight years in the making, is based on a 10th century Japanese folktale and will appeal most to those who enjoy Japanese pastels and watercolours. The virtuosity of the soft brush strokes is exquisite in its delicate beauty. The story is gently poignant.

A bamboo cutter and his wife bring up a baby he has found in the forest to be a princess. They take her to the capital where princely suitors and the king compete for her hand but the girl doesn’t wants to be a princess and returns to the country.  The English voice in the English dubbed version may worry some viewers but not sufficiently to spoil it.

JUST JIM (Soda) directed, scripted and acted by 23-year-old Craig Roberts is a teenage fantasy about growing up in a small town in Wales, which may appeal to those under 23. A lonely, unpopular lad has an unpleasant childhood. It is as if he is stuck in a weird nightmare which never quite makes sense.

There is a James Dean character (played by Emile Hirsch), who is obviously, or perhaps not so obviously, a figment of his imagination. He gives him encouragement. But the nerd’s transformation is also probably a fantasy.