Home / TRAVEL / A trip to Cambridge 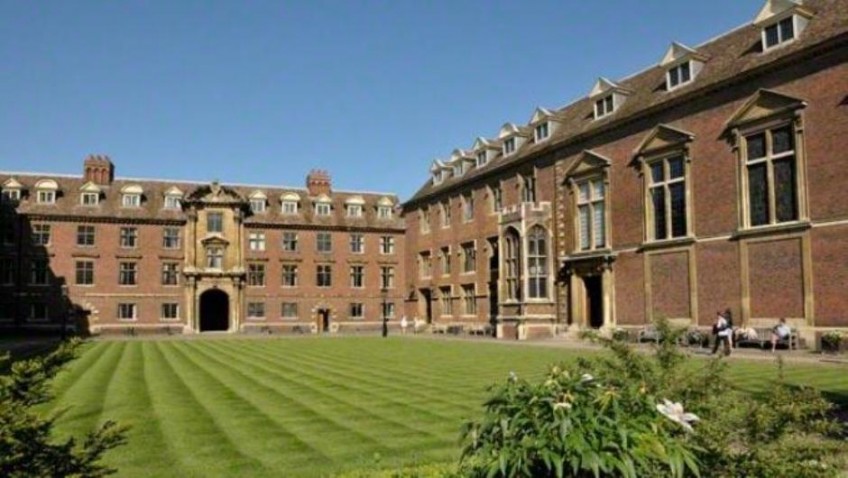 A trip to Cambridge

When booking somewhere to stay for the weekend, you might not ordinarily consider staying in university halls. I don’t like to make assumptions about age, but for most of you reading this, any university experience was a long time ago, and your impression of today’s students is likely to involve chaos and carousing. Not what you want for your relaxing break.

All of Cambridge is beautiful, its startling skyline punctuated with the spires of cathedrals and colleges far out into the distance towards green rolling field. Its unique heritage buildings, quaint streets and shallow waterways make for the quintessential English weekend – but hotel prices and student vices put many people off. However, if you visit outside of term time not only are the streets quieter, but many beautiful colleges open their doors for you to stay in. University Rooms works with establishments all over the country to offer this as a comfortable and affordable option to visitors.

A monastic site for education for many years, with a hub of learning at the Hospital of St John, the prestigious university has been existence since 1209, when scholars moving from Oxford formed a home here. (Unlike Oxford, it’s not filled with cobbled streets, so is more accessible). The first official college, Peterhouse, was established in 1284 and there are now 31 colleges, the most recent being the 1977 founded Robinson.

We chose to stay in the lovely St Catharine’s College, just off King’s Parade. The central location makes it ideal for exploring the pretty city (there is no Cathedral, but city status was conferred in 1951) and the shops, independent cafes, the main art centre Fitzwilliam Museum, exhibitions at  Kettle’s Yard, and the world eminent Museum of Zoology. Students really are lucky to be living, working and studying here, and after only a few minutes at St Catharine’s we are imagining life as a scholar in the days gone by, laying on the grass and soaking in the words, followed by studious debates over dinner. The serene courtyards and lush gardens are perfect to meander around in the morning, after a comfortable night’s sleep in the large en suite rooms, before a hearty breakfast in the main college dining hall.

Founded in 1473, by Robert Woodlark, ‘Catz’ was originally a small college, but gradually acquired buildings around and was largely rebuilt in the 17th century, with work starting on the Main Court in 1673 and the Chapel being completed in 1704. During our visit there is a choir reunion, (‘Catz Choir’) and the main open court is filled with choral harmonies which lures us from our rooms.

The chapel is glorious, and my mother, a bit of a church aficionado, cites the modern west facing stained glass The Wisdom Window by Tom Denny,as the ‘most beautiful I have ever seen.’ The chapel’s three-manual organ, recently refurbished by Flentrop Orgelbouw, is one of the finest instruments in Cambridge today, and the college is famed for its musical output.

You can also explore the other colleges (which, it being out of term time, are mainly open!), and each has a unique personality. The magnificent King’s College is probably the most famous in Cambridge, founded by Henry VI in 1441 as the centre of excellence for wealthy male students.

The chapel is the last and finest Gothic building to be erected in Europe, and at 88m long and 24.4m wide also features the largest and finest fan vaulted ceiling worldwide. The output of John Wastell, the last architect to work on the original building, it’s a breath-taking display of art and engineering, flanked by Rubens’ The Adoration of the Magi which graces the altar.

As any proud Cambridge student will tell you, the real competition with Oxford is not about grades or education, but the boat race. Winners 81 times, compared to Oxford’s 78, at all hours rowers can be seen sculling and speeding up the Cam. If you want a small taste of this, but with far less physical exertion, hop aboard a punt.

Punts are flat bottomed boats which are propelled along with a long pole, and were originally simply work boats in the region. From Edwardian times it became a pleasure pastime, and now scores of boats filled with tourists make their way up and down the College Backs whilst witty guides regale them with stories and history of the city. The oldest company on the river are Scudamores, who offer private hire, group tours, chauffeured and self hire options, and highlights include Sir Christopher Wren’s library for Trinity College (1695), the Bridge of Sighs, designed by Henry Hutchinson and named by Queen Victoria after she remarked on its similarity to the Venice Bridge, and the vast frontage of Clare College. The more adventurous can hire a punt themselves and give it a go – but be warned: it’s not unusual to see other tourists pointing and laughing from the bridges as they meander in circles.

So next time you fancy a city break, consider a university. Beautiful quadrangles, ornate halls, green gardens, sports facilities and dining can be experienced for a fraction of the cost of a hotel, with all the modern facilities and refreshments you would expect. Why would you stay anywhere else?

University Rooms work with universities across the world to bring you affordable and comfortable accommodation in unique locations.