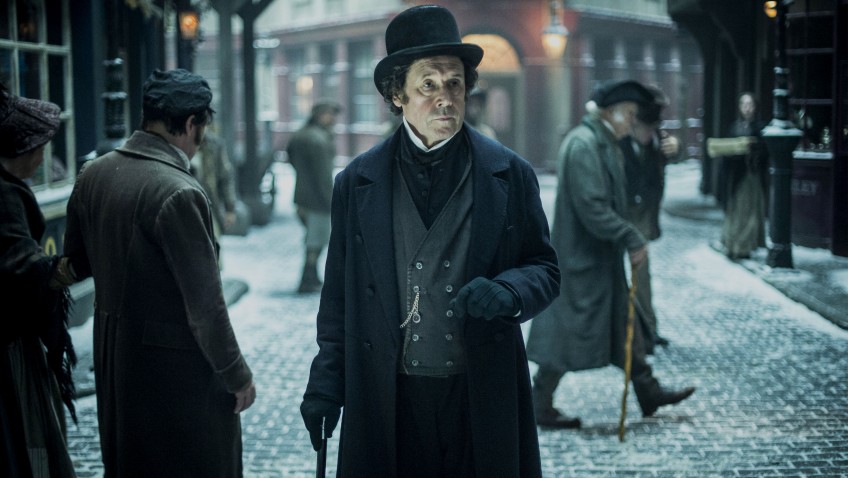 A treat for all lovers of Charles Dickens’s novels

DICKENSIAN (BBC). The BBC has always done Charles Dickens proud. Tony Jordan’s 20 half-hour instalments re-imagine the iconic characters from Great Expectations, Bleak House, Oliver Twist andA Christmas Carol and then mix their stories. The series, a superb juggling act, masterly in its cross-cutting and editing, has all the Dickensian ingredients: melodrama, broad humour, sentimentality and social conscience. The series opens with the murder of Bob Marley and Detective Bucket (Stephen Rea) arresting Bob Cratchit (Robert Wilfort)! The high spots are the back story of the young Miss Havisham (Tuppence Middleton) and the machinations of Meriweather Compeyson (Tom Weston-Jones) and her younger brother (Joseph Quinn) to get her money and the back story of Lady Deadlock (Sophie Rundie) and her affair with a soldier (Ben Starr) and having to cope with her fiercely jealous sister (Alexandra Moen). The 30 main characters also include Scrooge (Ned Dennehy), Fagin (Anton Lesser) and Mrs Gamp (Pauline Collins). Mr and Mrs Bumble (Richard Riding and Caroline Quentin) are a Victorian musical hall comedy double act. A treat for all lovers of Dickens

DOWNTON ABBEY THE COMPLETE COLLECTION (Universal Picures). Were you among the 300 million global audiences who watched this quintessential English and aristocratic lost world, preoccupied with hierarchy and protocol? The attention to detail was of enormous help to the actors. Many people watched the series just for the ancestral home (a character in its own right) and the costumes (a gorgeous, no-expenses-barred fashion parade) and, of course, the bons mots of Maggie Smith. I did ask if I could review the complete collection but was refused and offered only the bonus material to look at. This includes a documentary, creator Julian Fellowes discussing his favourite scenes, and interviews with the actors talking about the characters they are playing.

BROOKLYN (Lionsgate). John Crowley’s film is based on a gentle and touching story by Colm Toibin and gets a gentle and touching performance. Irish immigrant (Saorise Ronan) in Brooklyn, New York, in the 1950s falls in love with and marries in secret a nice Italian plumber (Emory Cohen). Returning home for her sister’s funeral and a friend’s wedding she falls in love with a nice Irishman (Domhall Gleeson) who is quite a catch and well-off. What is the poor girl to do? She has to choose between two different lives. Will she do the decent thing? Will she choose small town gossipy Ireland and or will she choose brash busy America and a less well-to-do life?

LOST IN KARASTAN (Soda). A British award-winning film director (Michael Macfadyen) is invited to a film festival in a military state, whose main feature is a desolate urban landscape of brutal architecture which looks as if it has been recently bombed.. The country’s dictator invites him to film a national medieval epic. The shoot is interrupted by rebels shooting them. As a satire on corruption in the arts and politics, the script is never funny enough and nor is it serious enough to really get a grip on viewers and engage them. Ben Hopkins directs.