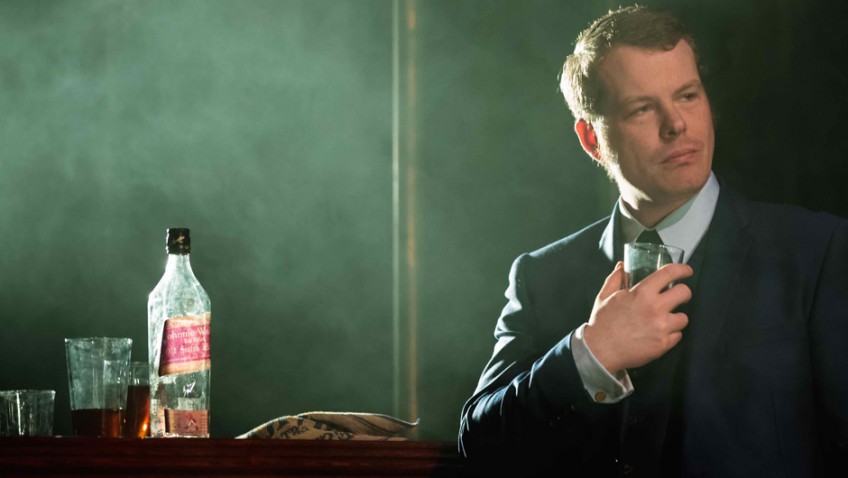 In the bleak 1971 film Get Carter, Michael Caine played chilly gangster Jack Carter. Based on a Ted Lewis’ novel, the bloody tale was transposed to Newcastle, a 1960’s multi-storey car park at its hub. Torben Betts’ Northern Stage version likewise takes us to Geordieland, to a dark brick archway from which vast, higgledy-piggledy mountains of discarded, red bricks spew forth like streams of blood-flecked vomit. Almost swallowed up by the bricks – a felled standard lamp, an old fireside chair, wooden debris, stools, table, radio – are props for other seedy scenes. Beyond the grit and grime, a resplendent skyline hints at a world beyond the suffocating, claustrophobic gangland beneath, even if it is the orange-red glow of the steelworks. Throughout, at either side of the stage sit a drum kit and a coffin. The set is decidedly imposing. 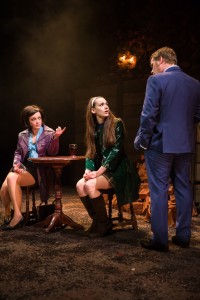 Geordie Kevin Wathen plays Geordie Jack Carter who travels back home to Tyneside after the sudden, suspicious death of his brother Frank. Wathen’s Jack is a cold, life-weary man, keen to start a fresh life. Alas, prompted by his need to dig out the truth and wreak revenge, he’s unable to escape the old one. Wathen plays his final tragic scenes well.

Like the bricks, words and expletives spew forth in mind-boggling profusion, especially in act one (warning: no sub-titles!) while the odd snatches of humour sometimes miss their mark through poor delivery. A lengthy ‘c’ word interchange proving painful instead of amusing (- and, unlike flares and mini-skirts, the phrase ‘couldn’t be arsed’ wasn’t around in the sixties). Sometimes, too, the breathless, vehement tirades of some cast members fail to properly convey the emotions and meanings that lie behind their loud shouting so, instead of fully engaging the audience, the atmosphere can fall somewhat static and flat at times. 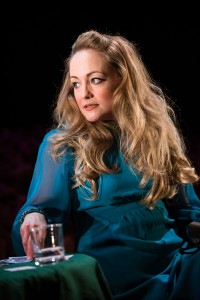 Snatches of reworked Animals hits, though, and creepy soundscapes do help create a nightmarish atmosphere in this dark, bloody, depressing underworld, while drama and tension certainly heighten towards the end of the gruelling tale as Margaret (Victoria Elliot) pleads for her life. But there are a couple of devices that evoke menace and tension brilliantly throughout. Jack’s brother Frank, dead though he is, is alarmingly ever-present. In utter silence, he moves between coffin and drum like a phantom undertaker (and ghostly scene shifter) all the while, fixing his haunting, unerring, disconcerting gaze on brother Jack. But though he speaks no word, his sound input is crucial. Martin Douglas’s masterly drumming, like his riveting stare, adds a pulsating agitation and sense of threat to the drama. Other scenes that carefully take time to build menace and tension are those involving Jack’s phone calls to London. Ed Gaughan’s voice as head gang man Gerald is deliciously sinister, especially when, as he speaks, magnificently threatening shadows, cast into the darkness on the big brick wall behind, grow to gigantic, towering proportions above us. Chilling.

The play travels on now to Durham, Salford and Southampton