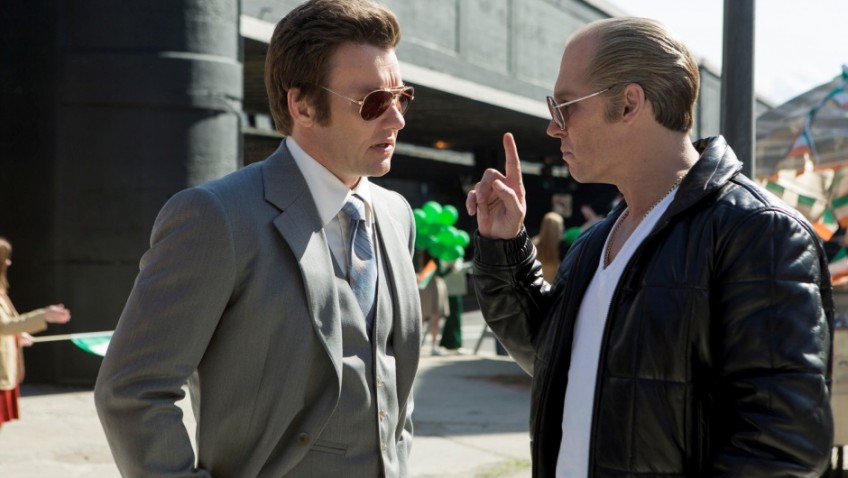 Which are the top six gangster films?

Audiences have always loved going to the cinema to watch gangsters and mobsters onscreen, to witness double-crossing, murder, betrayal, and crime unfold before their very eyes.

Countless gangster films have been made in an attempt to gain the success of so many before them, but only a few have remained memorable.

Johnny Depp’s newest film is sure to gain success in the mobster genre, as he portrays real life Irish mobster Whitey Bulger, the leader of Boston’s notorious Winter Hill Gang, in the movie Black Mass.

Bulger’s lengthy criminal record, his time as an FBI informant, and his sixteen years on the run from the law are what lands him as one of the most infamous criminals of the twentieth century.

Depp’s portrayal of Bulger in the soon-to-be-released biopic is sure to make Black Mass a success, moving it towards the top of the list as one of the most important gangster films to date.

It seems as though Al Pacino, Robert De Niro, and Johnny Depp are a recipe for success for any crime film. Many of the top-rated gangster films of all time feature at least one of these beloved actors in the film’s leading role, and Johnny Depp’s role in Black Mass will not be an exception. With the upcoming release of Depp’s newest mobster role, take a look back at some of the top gangster films of the past.

Once Upon a Time in America This epic crime drama starring Robert De Niro and James Woods is not one to be missed. Once Upon a Time in America, the 1984 film by Italian director Sergio Leone, tells the story of young boys growing up in a life of organised crime in the Jewish Ghetto in the Lower East Side of Manhattan.

Told mainly through the perspective of David “Noodles” Aaronson (Robert De Niro), the film spans forty years—1920s to the 1960s—and is presented in non-chronological order, often through flashbacks. It is this scene rearrangement throughout the film that made the “European Cut” of the movie so successful.

Noodles and his friends spend their youth committing petty crimes under a local crime boss, blackmailing local cops and robbing drunks. After Noodles stabs a police officer, he is sentenced to prison for several years. As an adult, he’s released from jail, and rejoins his friends who are involved in the bootlegging industry during Prohibition.

The four friends continue to prosper, and remain involved in their criminal ways until a sudden turn threatens many of their lives. Once Upon a Time involves murder, crime, romance, fake deaths, plot twists, and everything else that audiences love about crime movies. Its emotional plot and unique style is what sets it apart from other criminal movies. The Godfather follows patriarch Don Vito Corleone (Marlon Brando) and his family as Vito leads as Mafia boss. Vito’s son Michael Corleone (Al Pacino) remains in hiding in Sicily after killing a notorious drug lord, but eventually returns and takes over the reins of the family business. The Godfather:

Part II acts as both a sequel and a prequel to the first film. It follows Michael Corleone as the new Don of the Corleone crime family, and his family’s move from New York City to Las Vegas. It also follows the story of original patriarch Vito Corleone (Robert De Niro), from his early years in Sicily to his move to New York City where he founded his family business.

The third and final film in the trilogy, The Godfather: Part III completes Michael Corleone’s story as he tries to legitimize his family crime business and empire.

The Godfather trilogy has remained a worldwide success, even decades after their release. Their cinematic style, uniqueness, and continuity of a single crime family over three films are a few of the many reasons these films were, and are still, so popular. One of Al Pacino’s most memorable roles, Scarface is a crime drama that tells the story of Antonio “Tony” Montana (Al Pacino), a Cuban refugee who is sent to a refugee camp in 1980s Miami with his best friend Manny Ribera (Steven Bauer).

Tony and Manny are released from the refugee camp along with two other refugees, so long as they assassinate a former Cuban government official under the orders of drug dealer Frank Lopez (Robert Loggia). The men are given green cards, and Tony and Manny are eventually hired to work for Frank. Over time, Tony eventually rises to become a powerful drug lord, building up a multimillion-dollar empire.

Scarface was an instant success; however it originally sparked some criticism due to its excessive and graphic violence and drug usage. Some also claimed that the film portrayed Cubans as criminals and drug dealers. Since its 1983 release, critics have referred to Scarface as one of the best gangster films of all time, and its popularity in the mob film genre has continued to grow. Argued to be one of the best films of all time, director Martin Scorsese’s film GoodFellas is a film loved by all ages. The crime film chronicles the rise and fall of Henry Hill (Ray Liotta) and his friends who were associates of the Lucchese crime family between the 1950s and the 1980s. Henry grew up idolizing the crime family, and went to work for them after he quit school.

Along with associates James Conway (Robert De Niro) and Tommy DeVito (Joe Pesci), the three commit the Air France Robbery, and reap the benefits of a criminal lifestyle.

The three men continue working for the Lucchese family and work their way up the Mafia hierarchy, but eventually Jimmy and Henry are sent to prison when they get caught completing a job.

Upon their release, the three men begin working together again, but disagreements prove that their criminal ways won’t continue together forever, ultimately leading to their own personal downfalls.

GoodFellas was dubbed an instant “gangster classic” upon its release, and rivalled The Godfather films in its success as an organised crime film. The fast paced film is still loved today, and Scorsese’s directorial success with GoodFellas has proven this to film to be one of the most coveted gangster films of all time. Al Pacino and Johnny Depp star alongside one another in the successful crime drama, Donnie Brasco. This 1997 film is based on the true story of FBI agent Joseph Pistone (Johnny Depp), who goes undercover with the alias Donnie Brasco.

Hoping to infiltrate New York City’s Mafia Bonanno crime family, Donnie befriends hit-man Lefty Ruggiero (Al Pacino), who grants him access to the criminal world. As time goes on, Brasco infiltrates the Mafia and becomes more involved with the mobsters themselves. Donnie reaches a point where he realizes he’s in too deep, and is dangerously toeing the line between criminal and agent.

Donnie Brasco was praised for its strong performances by both Pacino and Depp, actors who shine in the mobster genre. Brasco became an instant success and is still considered one of the best in the genre. The film follows Dillinger through a slew of bank robberies as well as his relationship with Billie Frechette (Marion Cotillard), while he is simultaneously chased down by FBI agent Melvin Purvis (Christian Bale).

Critics praised Depp for his role in Public Enemies, claiming his portrayal of Dillinger was one of the most authentic gangster performances to date.

The historical accuracy of Dillinger’s life and his robberies proved this film to be movie dynamite, and audiences flocked to see this crime thriller. Johnny Depp’s upcoming film Black Mass is the latest in his mobster portrayals. Black Mass chronicles the life of Irish mobster James “Whitey” Bulger, who ruled the streets of Boston for years as head of the notorious Winter Hill Gang.

In the 1970s, Bulger worked as an FBI informant, feeding information on enemy gangs and various criminals to federal agent John Connelly (Joel Edgarton). Spending several years above the law, Bulger divulged in extreme criminal activity, and was behind countless murders in the Boston area. When Bulger was tipped off that the FBI were after him, Bulger fled Boston, and spent sixteen years on the run, twelve of which he spent on the FBI’s Top Ten Most Wanted List.

Depp’s portrayl of Whitey in Black Mass focuses on his criminal activity and time as Boston’s most feared mob boss, and critics are already praising Depp in his performance. Almost completely unrecongisable from his normal self, Depp is sure to steal the film as Whitey Bulger, one of the most notorious mobsters of all time.

With Depp’s prior achievements in his past gangster films, Black Mass is sure to be an instant hit, gaining success as one of the best in the mobster genre.