Home / NEWS / Tommies spent less than half their time in trenches 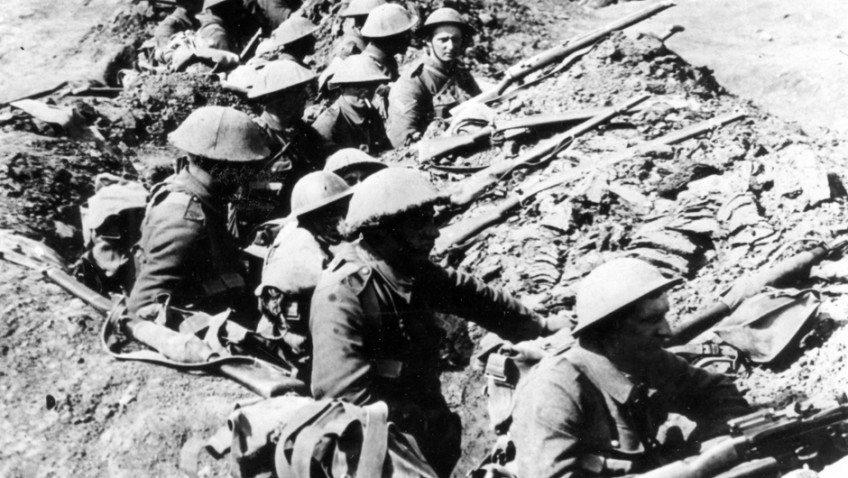 Tommies spent less than half their time in trenches

Tommies spent less than half their time in the mud of the trenches in WWI and ‘only’ one in five days under fire, new research found.

Artillerymen were at the front at least three fifths of their time while the cavalry only a fifth.

Popular culture like Blackadder Goes Forth gave the impression that once called up and sent to fight, there was little respite with days on end spent in the trenches.

But the difference in the actual amount of time spent in the firing line, in reserve or in rest camps, among the units was revealed in a new study by Goldsmiths, University of London.

It was based on diaries from six original British Expeditionary Force infantry divisions and the first two cavalry divisions to arrive in France.

Future research will shed life on the daily life of machine gunners, stretcher bearers and even individual units.

Professor of Twentieth Century History Richard Grayson said: “Even with less than half your time spent at the front and around one out of five days actually under fire, nobody should doubt that conditions were horrendous.

“It is also worth noting that these average figures mask some remarkably lengthy periods at the front by some units.

“For example, among the battalions examined so far in Operation War Diary, the 1st East Lancashires were almost entirely in the line between 21 October 1914 and 11 April 1915.

“But our research shows that popular representations of soldiers spending all day and night in the trenches – whether it’s in Blackadder, on the BBC Schools pages, or popular histories and broadcasts – do not properly represent the broad pattern of the daily lives of soldiers.”

It used data from the first stage of OWD, led by The National Archives , Imperial War Museums and academic crowdsourcing research group, Zooniverse, based at the University of Oxford.

Over 27,000 volunteers have contributed to OWD since it launched in January 2014.

They extracted metadata from digitised war diary entries dating to 1914-1918, which are held in The National Archives.

The volunteers produced over half a million data classifications for six infantry divisions and two cavalry divisions.

It found across the British army on the Western Front infantry soldiers spent a maximum of 47 per cent of their time at the front or fighting.

Prof Grayson noted these were likely to a maximum, as war diaries tended to be less detailed about their activities during ‘time off’ or training.

That made it harder for OWD volunteers to identify, classify and agree upon how such time was spent in contrast to more dramatic and detailed entries about time at the front.

“It’s certainly possible that these divisions spent more, or even less, time at the front than others but that will only become clear once data is available from later phases of OWD.

“In future we will be able to look at differences over time for different units, individual battalions, or other divisions – machine gunners, cyclists, veterinary sections.

“But as the first example of a major crowdsourcing activity being applied to military history there are plenty of reasons to believe OWD can help historians and the public to understand both the patterns and nuances of army life during the First World War, and whether it was indeed a ‘life in the trenches’.”

The study was published in the journal British Journal for Military History.