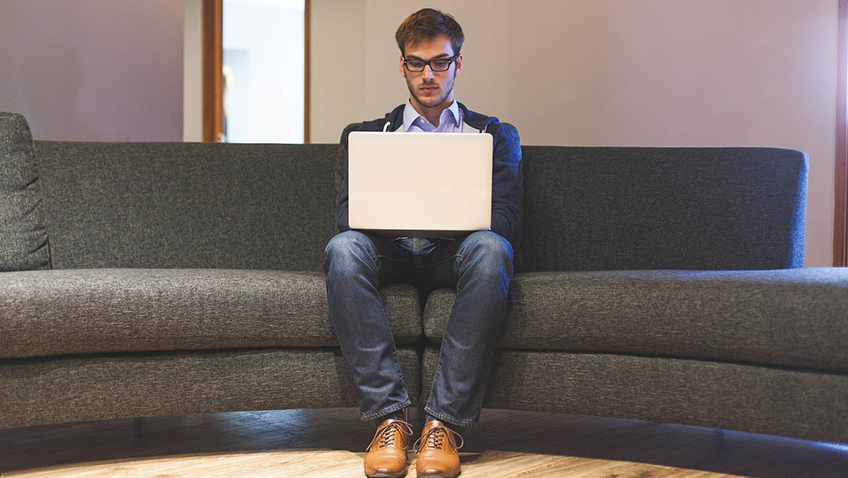 Obsessive compulsive disorder (OCD) is a common mental health disorder in which a person has obsessive thoughts or compulsive behaviours. It can affect anyone, at any age.

The main treatments for OCD are psychological therapy, such as cognitive behavioural therapy (CBT), which is a talking therapy that can help people manage problems by changing the way they think and behave, and medication – usually a type of antidepressant – that can help by altering the balance of chemicals in the brain.

While these treatments are successful for many patients, there are some people for whom they have not worked.

Alex Jones, a 46-year-old architect from Portsmouth, suffered with OCD for 28 years.

Alex suffered a barrage of intrusive daily thoughts that plagued him incessantly until he suffered a nervous breakdown.

Although Alex initially suffered the typical symptoms of OCD such as regular hand-washing and anxiety, the condition caused increasingly serious psychological trauma.

When the recession hit in 2009, Alex was out of work for eight months and his OCD spiked, leading to a crippling bout of depression. Teetering on the edge of a breakdown, Alex sought help again from his GP.

Talking therapies, drugs and CBT had no impact on the severity of Alex’s OCD and he suffered for a further eight years – until his wife discovered a treatment called Transcranial Magnetic Stimulation (TMS) earlier this year.

TMS treatment uses magnetic pulses to stimulate areas of the brain affected by depression, anxiety and other mental health disorders. It is NICE approved for depression and totally non-invasive.

Alex said: “OCD attacked every aspect of my life and I almost lost it all. In the beginning I hid the condition from friends, and had to defer my university course for a year. Until TMS treatment, I had given up hope of living a normal life, but now I feel positive about the future.”

“I am hugely grateful to my wife, family and friends who stuck by me and supported me through the years of torment.”

OCD is a debilitating condition and, for patients with treatment resistant OCD, psychiatrists are usually at the end of the road with treatment options to try and alleviate the symptoms.

Dr Leigh Neal, psychiatrist and co-founder of specialist provider of TMS treatment, Smart TMS, said: “Alex reported a remarkable recovery, gaining complete relief from his symptoms. This is not something that psychiatrists ever see with conventional OCD treatment and we believe that TMS has the potential to transform the lives of patients with OCD – whether treatment resistant or not.”

If you are suffering symptoms of OCD, depression or have other worries about mental health, talk to your GP. Your GP can help you understand treatment options and refer you if necessary.