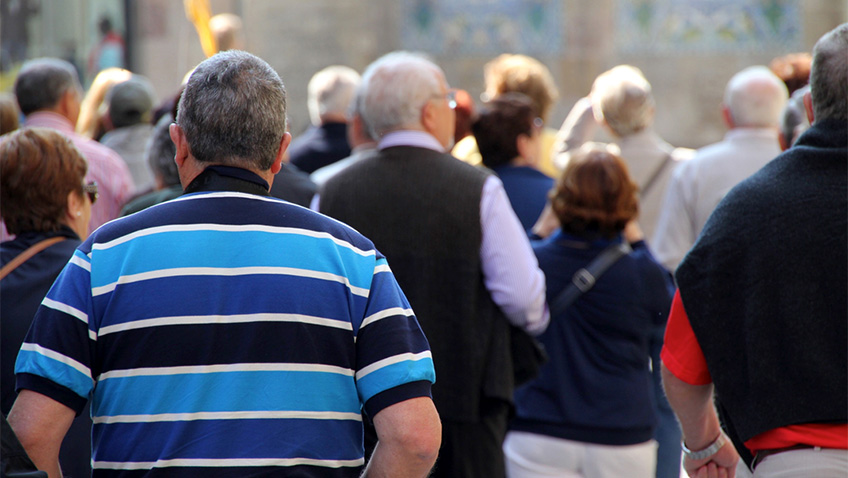 The story of our ageing society is often told in terms of a growing population of “older people”. But what does that term even mean?

That’s a question that is asked by the UK specialist think tank, The International Longevity Centre (ILC) in their recent report entitled A different age: A snapshot of diverse later lives.

The ILC already know that most people think that “older” is something other than them, but too often public policy uses the term “older people” to homogenise a group of people that encompasses multiple generations and a multiplicity of characteristics and life experiences.

The report sets out ten differences that have been observed between different groups of the older population and aims to demonstrate the diversity of, and inequalities existent amongst today’s older people across a series of indicators that relate to health, social experience and economic status.

The differences include the following:

Non-white people aged 50 – 64 are less likely to have a limiting longstanding illness than those who are white. However, for those aged 65 plus this trend is reversed with non-white older people more likely to be in poor health than those who are white.What the report identifies is that you quite simply cannot bundle all “older” people within the same label as significant differences do occur. However, it’s fair to say that older people are, more often than not, stereotyped as being one and the same.

This leads us onto the question of what is an “older” person and not surprisingly there is no single, easy answer to this question. Some people consider an “older” person to be one who has reached state retirement age, whilst others contend that an “older” person is someone who has exceeded the median life expectancy from the year they were born. NHS England generally consider someone aged 65 and over to be an “older” person albeit with the caveat that people can and do biologically age at different rates so for example a 75 year old may be healthier than a 60 year old.

Now look at the population forecasts going forward and by 2066 it is estimated that some 20.4 million people living in the UK will be 65 and over representing some 26% of the total population.

So what does this mean?

Well, in simple terms it means that, as a society, we need to move away from the “one size fits all approach” to public policy regarding ageing and look at the divisions that exist within the cohort. After all, 20 million people is a huge number. Our policy makers and planners need to be looking now at how they deal with the challenges that our ageing population provides us with, not just as individuals but as a society as a whole.

Our population of “older” people do not have uniform levels of wealth and income and their health needs will be wide ranging. What does that mean for us as a society going forward? Who knows, but what is certain is that more work and research needs to be done to try and predict what our society will look like. Once this has been done it then needs to be acted upon with plans made and implemented. If not, society could be sleepwalking into a major demographic timebomb!

To find out more visit www.ilcuk.org.uk.