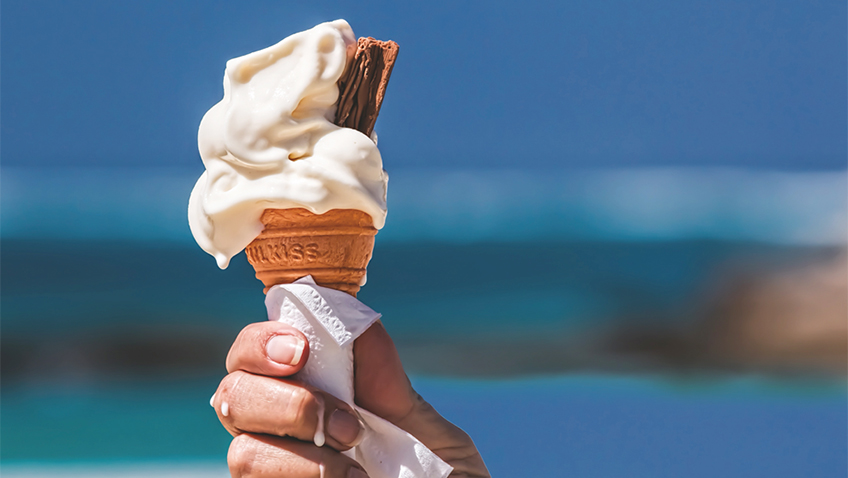 Hot summer days would not be complete without a lovely cooling ice cream. With ice creams and lollies so readily available today in everywhere from our supermarkets to local petrol stations, it’s easy to forget that this convenience is a relatively recent development, and that until the late 19th century, ice cream was a luxury and the preserve of the wealthy.

The first record of ice cream in the UK was as part of a banquet given by King Charles II to celebrate the Feast of St. George at Windsor Castle in 1671. Ice cream was so rare and exotic that only the guests dining at King Charles II’s table were served it; all the other guests were left looking on, no doubt enviously!

The first English cookery book to give a recipe was Mrs Mary Eales Receipts of 1718. There is no mention of how to make the ice smooth so it must have been quite gritty with ice crystals. Wealthy landowners built icehouses on their estates in order to store the ice needed in their kitchens to create this new and highly desirable iced cream.

As the ponds, lakes and streams on their estates froze in the winter, the ice was collected and stored in the icehouse in layers of straw, keeping it frozen for use in the summer. As you can well imagine, the ice was somewhat grubby and so wasn’t used in anything that was to be consumed, but simply used as the agent for cooling and making iced drinks and iced cream.

Italy has had a long association with ice cream in Europe, dating back to the 16th century and many Italian immigrants to the UK in the mid 19th century – especially to London and Glasgow – were ice cream makers, bringing their expertise with them. In 1847, Carlo Gatti’s shop is acknowledged as the first to make and sell ice cream to the general public, making this once luxurious rarity an available treat for all. Ice cream sellers were often called Hokey Pokey Men; one theory is that this is a corruption of the Italian ‘ecco un poco’ (here’s a little), thought to be what the Italian vendors would shout to sell their wares. 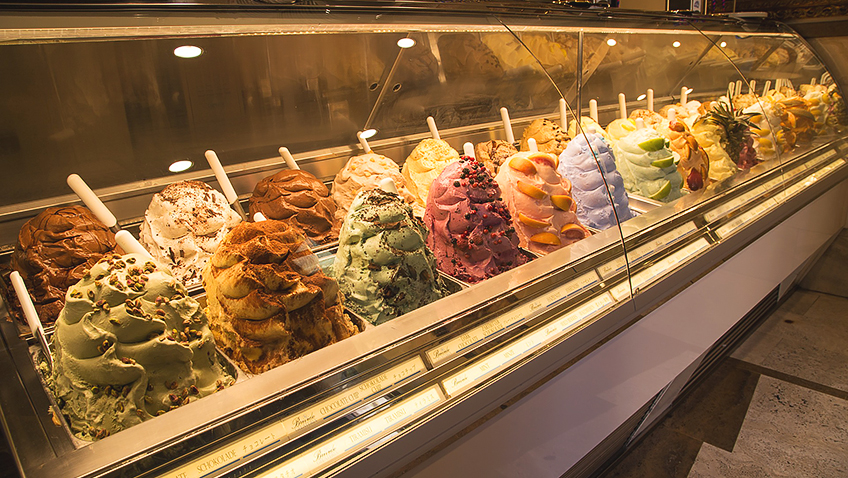 The ‘penny lick’ was a small amount of ice cream served in a small glass and cost 1d. Once finished, the glass would be returned to the vendor and reused for the next customer. The glasses were often refilled unwashed (hardly a hygienic way to serve the ice cream!) Unsurprisingly, given the risks of cholera and tuberculosis, their use was banned in 1898.

Fast-forward to the 1920s and the first ice cream bicycles appear on London’s streets, with Cecil Rodd of Walls coming up with the slogan “Stop Me and Buy One.” Ice cream kiosks became a common site at many holiday resorts, tempting promenaders with cool ices.

The ubiquitous ‘99’ was intro-duced commercially in the early 1930s; did you know that it was, originally, a wafer and not a cone? The small flake was sandwiched between two servings of ice cream with a wafer on the top and bottom.

Where the name ‘99’ comes from has many theories, but the truth has probably been lost in the mists of time and myth!

During the war years, manufacture of ice cream was severely curtailed due to the rationing of sugar and became something of a rarity. Somewhat bizarrely, the official wartime substitute for ice cream was a ‘carrot on a stick’. Abundant in supply, carrots were used as sweeteners in many things as well as an ice cream substitute. In 1947, Walls invested in freezers for shops and block ice cream in cardboard boxes appeared, complete with wafers – a real Sunday teatime treat.

Ice cream vans started to appear on our streets in 1958, with the first Mr Whippy vans taking to the streets of Birmingham. Their chimes ringing out across our street were eagerly anticipated by children and adults alike. In their 1960s heyday there were a staggering 30,000 ice cream vans in the UK. 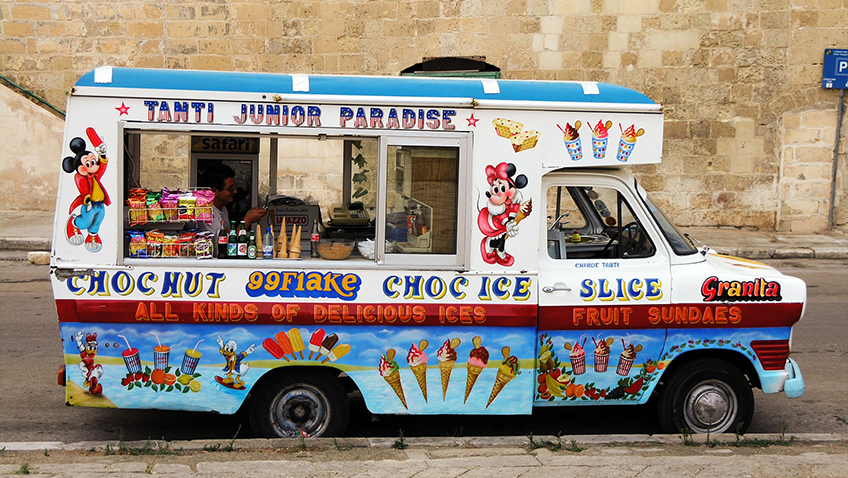 Apart from the ice cream cornet, there was the ever-popular ‘99’, choc-ices, scallop shaped wafers and the ice lollies ranging from fruit flavoured to rocket shaped tri- coloured concoctions, and everything in between! The availability of home freezers led to the demise of the ice cream van and only a few operate across the UK today, mainly at events and shows.

Although the range of ice creams and lollies available to us back then may seem paltry in comparison with the huge variety we can get today, they were a luxury treat to many of us and a major contribution to memories of summers past.

As this hot weather looks likely to be with us for a few more weeks yet, have a lick with nostalgia and grab a ‘99’!