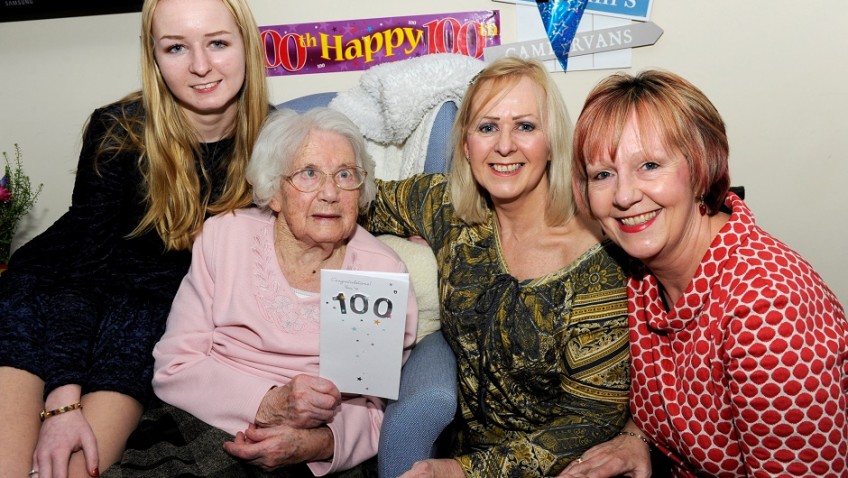 A former dinner lady who has turned 100 says she’s never had a cuppa – despite serving up millions.

Caffeine-averse Betty Vosper has gone an entire century without a cup of tea or coffee – something her family say may be the key to her long life.

The 100-year-old grandmother-of-six has lived a lifetime entirely caffeine-free, instead opting for a mug of hot water.

Granddaughter Marla Richardson said: “Grandma has never drunk tea or coffee, only ever had hot water.

“She made it her business to go out all the time and she has been lucky with her health – there’s a lot to be said for that, because not everyone is lucky.”

Betty, who was born in Yorkshire before moving to Herne Bay, Kent, aged 24, has also made it her business to eat home-grown vegetables and take regular walks.

Marla explained: “Grandma loves the fresh air – she relished that every day.

“She was a member of the Baptist Church and made so many friends along the seafront.

“She has lived a charmed life but at the same time worked hard.

“She has always eaten very well. For years, she grew all her own vegetables and made her own bread.”

Betty served lunches at Aylesham Primary School, ran a general store near where her father worked in a coal mine and was involved with the NAAFI (Navy, Army and Air Force Institutes) when World War Two broke out.

She now lives in the Broomfield Lodge Care Home in Herne Bay.