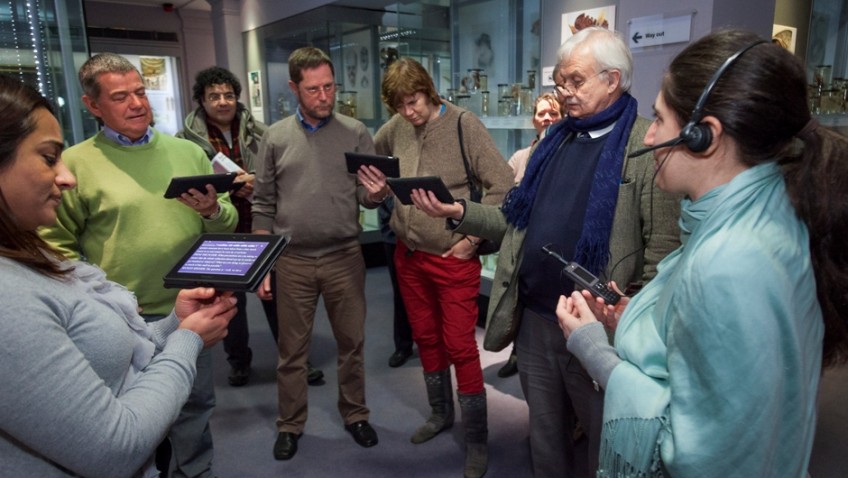 For the past fifteen years, Stagetext, a leading arts charity, has been making arts and culture accessible to deaf, deafened and hard of hearing people, through the use of captioning and live subtitling.

If you haven’t seen a captioned performance, you might not know that theatre captions are similar to television subtitles. The actors’ words appear on a screen (or screens), placed next to the stage or in the set, at the same time as they are spoken or sung.

Unlike opera surtitles, captions include additional information such as speaker names, sound effects and offstage noises. It’s a great service for those who might not hear as well as they used to, or in venues where the acoustics are not the best. 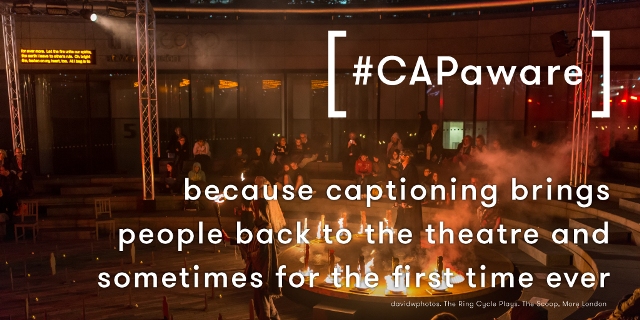 Stagetext caption over 300 theatre performances a year, around the country, as well as supporting theatres to caption their own productions. You can find out if your local theatre offers captioning by visiting the What’s On section of Stagetext’s website, where they list performances year round.

Caption user Sue Bright has certainly experienced the benefit of captioning in theatre:

‘Going to the theatre was something I had given up – a huge blow to someone like me who has always loved the theatre. I stumbled across a Stagetext captioned performance some years ago and it was a complete revelation…I hope they will continue with the good work they do and that I will be able to enjoy more and more theatre visits in the future!’

Recent advances in technology have also enabled Stagetext to branch out into the museum and gallery sector, providing live subtitles for talks, lectures and also for tours, where they developed the use of tablets to deliver accessible tours. 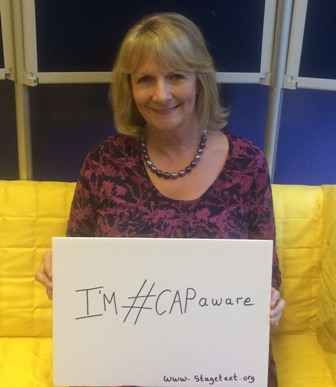 On a tour, customers can move around with a handheld tablet and read along live as the tour leader speaks. No straining to hear or having to fight your way to the front, as the text of what is being said is right there in front of you. You can even wander away from the tour group to look around an exhibition, and still follow what the speaker is saying.

To celebrate their 15th anniversary, Stagetext is organising the first ever Captioning Awareness Week from 9 to 15 November 2015, aiming to bring together cultural venues and caption users from all over the country, to celebrate and raise awareness of captioning and live subtitling.

They want as many people as possible to get involved, including those who might not have tried captioning and live subtitles before.

So why are they doing this? There are an estimated 10 million people in the UK that are deaf, deafened or hard of hearing – that’s 1 in 6 of us, and it’s set to increase to 14 million by 2030.

For many people who lose their hearing later in life, learning BSL can be a challenge and even though some venues provide loop systems, these are not always suitable for everyone.

Text based access, through captioning and live subtitling can be used by so many more people, deepening their experience of arts and culture, but they simply don’t know the service exists.

You can join Stagetext in celebrating their 15th anniversary by helping to spread the word about captioning throughout Captioning Awareness Week 2015.

If you’ve never tried a captioned show, why not try one during #CAPaware Week? You can visit their website for full What’s On listings: http://www.stagetext.org/whats-on.

Alternatively you could get into the latest digital craze and take a selfie on your captioned theatre trip and tweet it to #CAPaware, or take a picture of yourself with the words ‘I’m #CAPaware’ or ‘I’m supporting Captioning Awareness Week’ and, if you are on twitter, why not tweet about your favourite captioning experiences? Which venue do you like the best and why?

What’s been your favourite captioned play? All using the hashtag #CAPaware. If you don’t use social media you can email us at emily@stagetext.org and we will tweet your message for you.