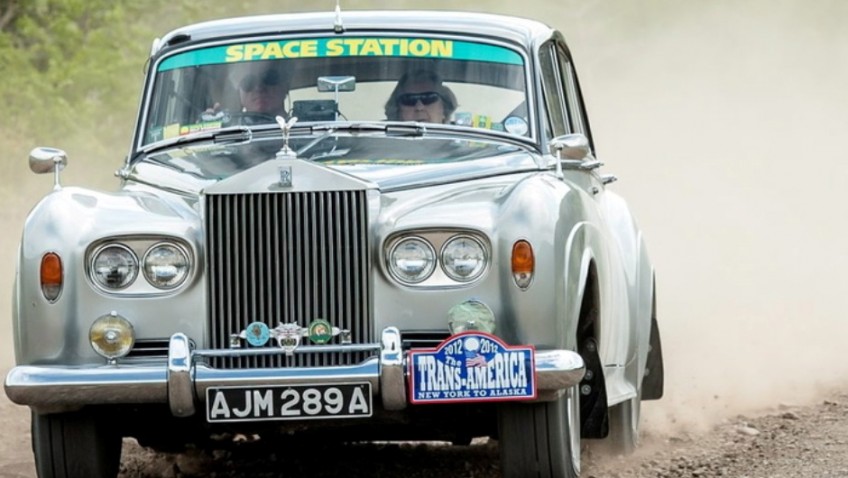 Feisty Dorothy Caldwell will guide her son, Alastair, 72, through the 22-day trip for the Endurance Rally Association’s Trans-America Challenge which starts this Sunday.

They will travel in a 1963 Rolls Royce Silver Cloud III for the duration of the event which starts on Canada’s East Coast in Halifax, Nova Scotia, and ends on the West Coast of the USA in San Francisco, California. 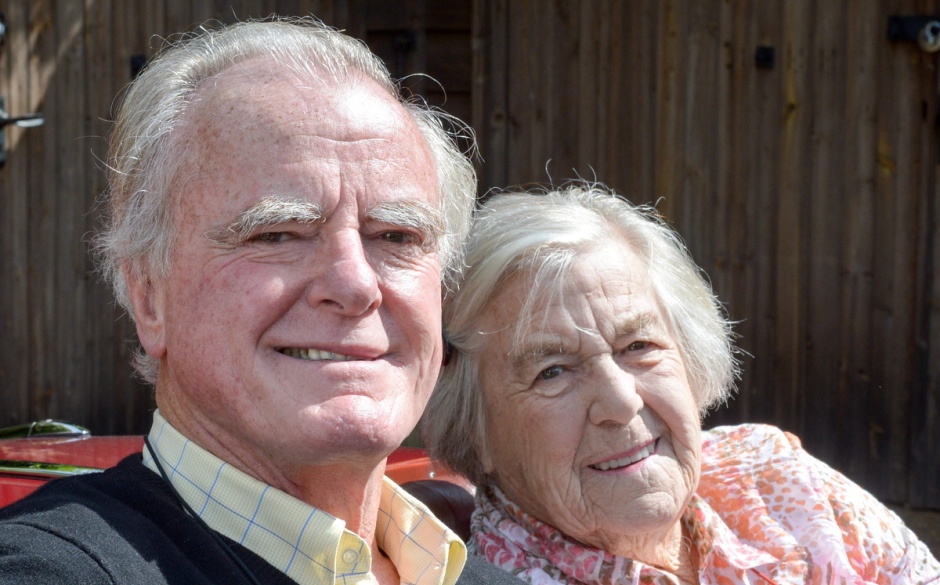 They will stop off in 19 different places during the marathon drive including Buffalo in
New York, Bay City in Michigan and Reno in Nevada, as well as visiting sites such as Mount Rushmore.

There will be 45 participants competing in the gruelling challenge which is due to end on June 28, and it will pass through 15 states in all, covering 5,892 miles (9,483km).

Dorothy took part in the first Trans-America rally in 2012 with her son, a former manager of the McLaren Formula One team, and has also accompanied Alastair on a rally in Burma.

As navigator, Dorothy, who was awarded the prize for “Spirit of the Rally” on the 2012 Trans-America Challenge, looks after the maps, updates and trip meter.

The role requires a constant state of being alert, as the rally route takes the vehicles along a difficult route through tough terrain.

Away from navigating, the pensioner splits her time between a home in Maidenhead, London, and another property in Hamilton, New Zealand.

She has five grandchildren and ten great grandchildren. Of her three sons, Alastair is the youngest, the eldest son, Mike, died of an illness a few years ago, and the middle son, Bill, died as a young man in a race car crash. 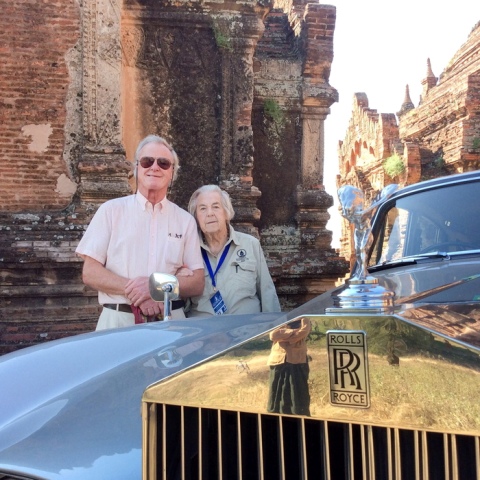 She was a full-time housewife and mum, but she also sat on many school boards and housing associations over the years.

Dorothy, who is a naturalised New Zealander, after moving there from the UK in 1950, said: “When we lived in England, my family was into racing, my brother did it, and then both of my sons in New Zealand.

“The first rally I did with Alastair was in Suffolk in 2011.

“It seemed like quite a simple thing to me, so when he asked if I would navigate for him on the first Trans-America Challenge back in 2012, I said I would.

“Since then, we’ve been to Burma for a rally and I’m about to leave for the second Trans-America Challenge as we speak.

“I’ll only come if he takes the Rolls-Royce though.

“It’s more comfortable than his sports cars, and it has air conditioning. I’m the last in my generation no. I’m starting to find it harder.

“I’m beginning to need glasses for distance, and as I’m in the middle of moving house I think it might be time to ease back a little.

“So this will probably be my last big rally.

“But Alastair tells me there’s going to be one in New Zealand soon, so I might be back for that.”

Alastair added: “We’ve never had a cross word on a rally, it’s a team effort and we work very well together.”

The Endurance Rally Association’s Rally Director Fred Gallagher said: “The first Trans-America Challenge used many of North America’s classic locations but this time we wanted to do something different.

“Clerk of the Course Kim Bannister has planned a fantastic route following an extensive recce and I’m sure it will be a huge hit with the participating crews.”