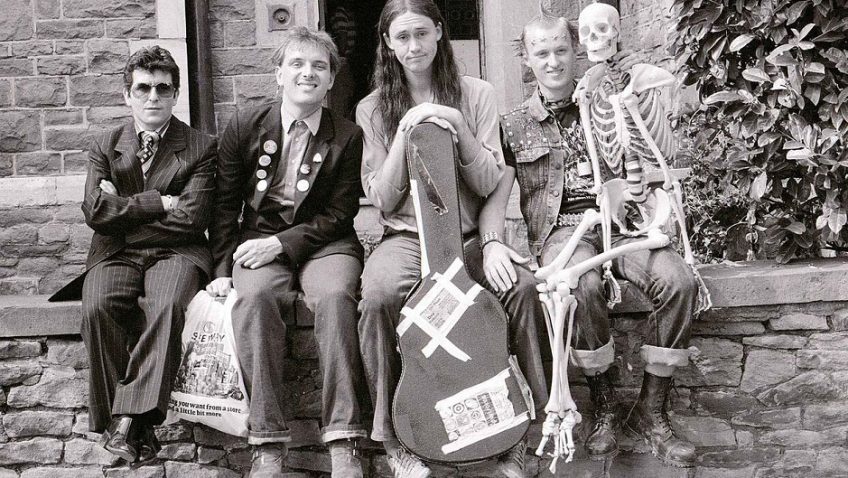 More fun than you can slap a stick at.

Every year in January Bristol is brightened up by the Slapstick comedy festival which takes place in venues around the city. Victoria Wood and Rik Mayall will be among the comedy giants being celebrated when Britain’s biggest festival of silent and classic screen comedy – Slapstick – returns to Bristol from January 18 to 22 next year.

Each is to get a special tribute event during a five-day festival that will also see veteran entertainer Roy Hudd, the taboo-busting stand-up Shazia Mirza, HI DI HI star Jeffrey Holland and two stars of the UK’s first alternative comedy sit-com making their Slapstick debuts.

Other events in the Slapstick 2017 line-up include:

Festival director Chris Daniels says: “We will be adding more events to the programme very soon but Slapstick 2017 is already shaping up to be our most varied and star studded yet – offering classic comedy for all tastes and ages and celebrating mirth makers from many different countries and periods, including some very remarkable and remarkably funny recent rediscoveries.” He added: “We’re especially pleased to be offering a tribute to Victoria Wood. She was a great friend to Slapstick, stepping in at extremely short notice to host our Gala in 2013 and later returning to host an event celebrating the comedy work of Gloria Swanson.  From what we learned of her then, we’re sure she’ll be pleased that we are remembering her with laughter, and with the help of two women following in her comedy writing and performing footsteps, Lucy Porter and Pippa Evans.

We’re also delighted to be recognising another comedy genius lost too soon: Rik Mayall, first with a round-up of footage most will not have seen before and then by reuniting cast members Alexei Sayle and Nigel Planer for a look at the origins and impact of The Young Ones.”

So, for some post-Christmas fun take a look at – www.slapstick.org.uk and plan to get yourself to Bristol to start the new year will some good healthy laughter.