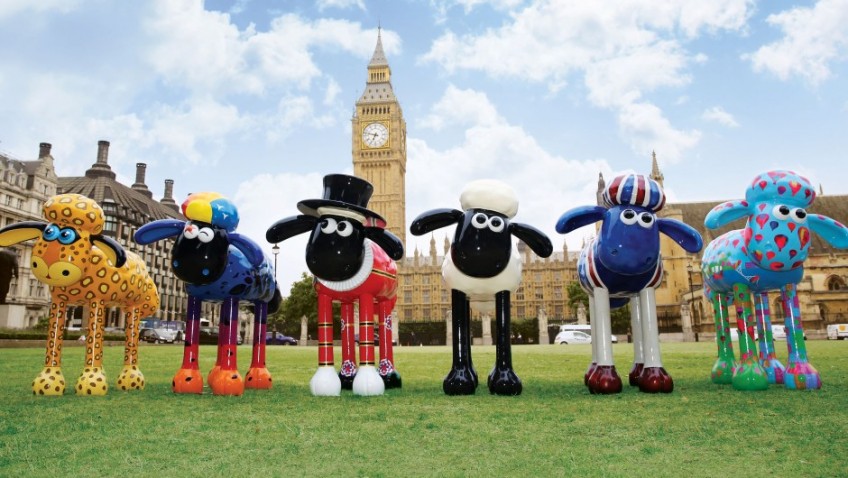 Shaun the Sheep will be arriving on the streets soon

It will be less than one month until a flock of 50 five-foot tall sculptures of Shaun the Sheep will be arriving on the streets of London for the ‘Shaun in the City’ art trail.

High profile artists, designers and celebrities have designed and decorated the giant sculptures which will stand at iconic London landmarks, attractions and locations throughout the Capital from Saturday 28th March-Monday 25th May including Covent Garden, Trafalgar Square, Carnaby Street, St Paul’s Cathedral, Chinatown, The View from The Shard and The Tower of London. 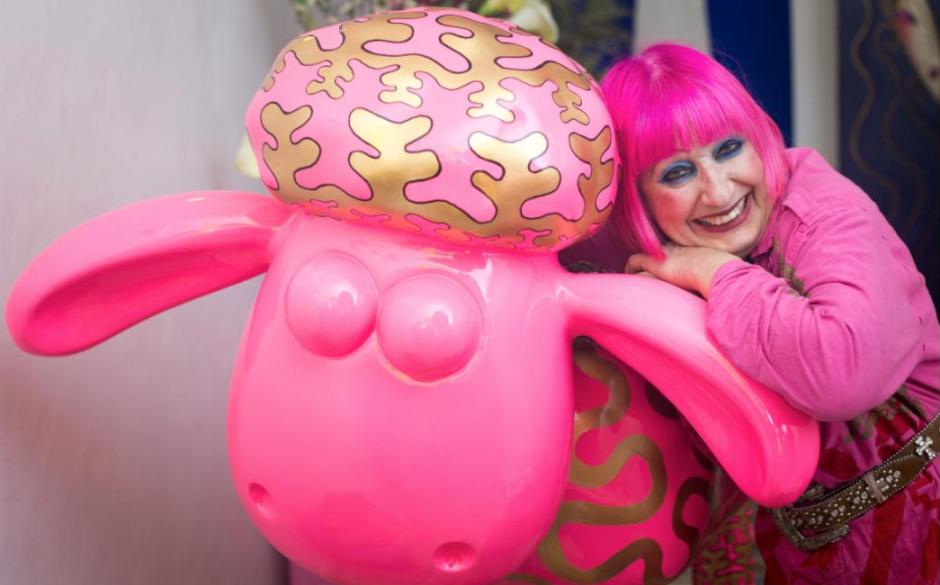 With one month to go, British fashion designer Zandra Rhodes is announced as the first artist who has designed a Shaun the Sheep for the London trail.

The 74 year old who is famous for her iconic designs and vibrant pink hair, has designed a shocking pink sheep she has named ‘Woolly Wiggle’ which features a distinctive gold Zandra Rhodes ‘wiggle’ pattern.

Zandra Rhodes, who recently became a Dame and graduated from the Royal College of Art in 1964 said: “I felt that my design had to be iconic and I’m a designer known for my patterns which are very wiggly so ‘Woolly Wiggle’ came about by putting lovely wiggles all over the whole sheep so it looks like his wiggly fur, and then there’s an amazing top knot on his head which is a different type of wiggle.”

‘Woolly Wiggle’ can be found at One New Change, near St Pauls. One New Change will also be home to a second fantastic Shaun creation, designed by another famous fashion face to be revealed soon. 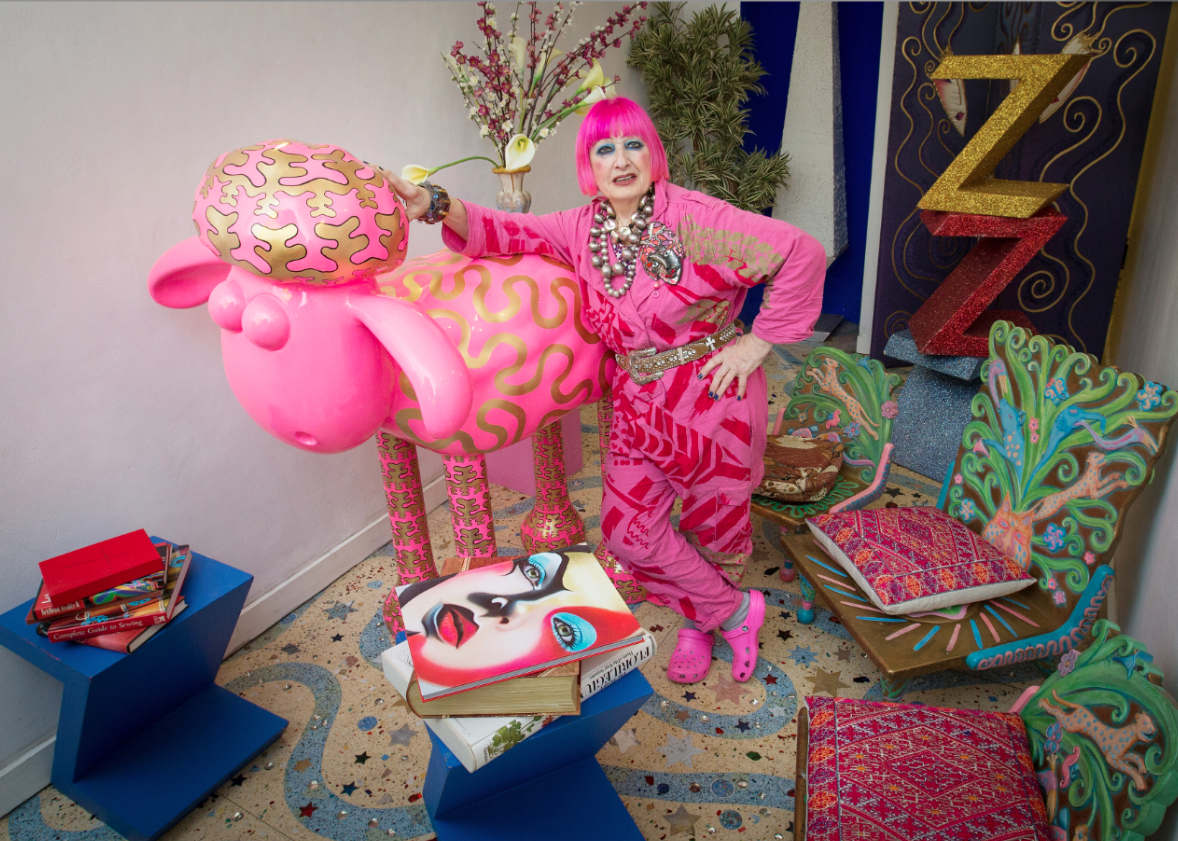 Rhodes added: “I can’t wait to see my Shaun out in the wild in London, I think it’s going to be absolutely fabulous and now I’ve seen how big he is, no one is going to miss him! I am also very excited to see how much money my sculpture raises at auction for the Wallace & Gromit Children’s Foundation.”

Companies throughout the UK have sponsored the individual sculptures and following both trails, all 120 ‘Shauns’ will be sold off at a public auction in October. The money raised will go towards the Wallace & Gromit Children’s Foundation, which supports sick children in hospitals throughout the UK.

The charity behind the project, Wallace & Gromit Children’s Foundation organised the ‘Gromit Unleashed’ trail featuring the classic Aardman Animations character around Bristol in 2013, which raised over £2.3 million for Bristol Children’s Hospital.

The two ‘Shaun in the City’ art trails during 2015 will see 50 Shaun the Sheep in London from 28th March to 25th May and 70 different sculptures from 6th July to 31st August.

‘Shaun in the City’ featuring 50 sculptures will take place around London from Saturday 28th March to Monday 25th May.

The Bristol ‘Shaun in the City’ trail will feature 70 different sculptures and run from Monday 6th July to Monday 31st August.

Full details of artists, celebrities and Shaun locations will be in the week of launch.