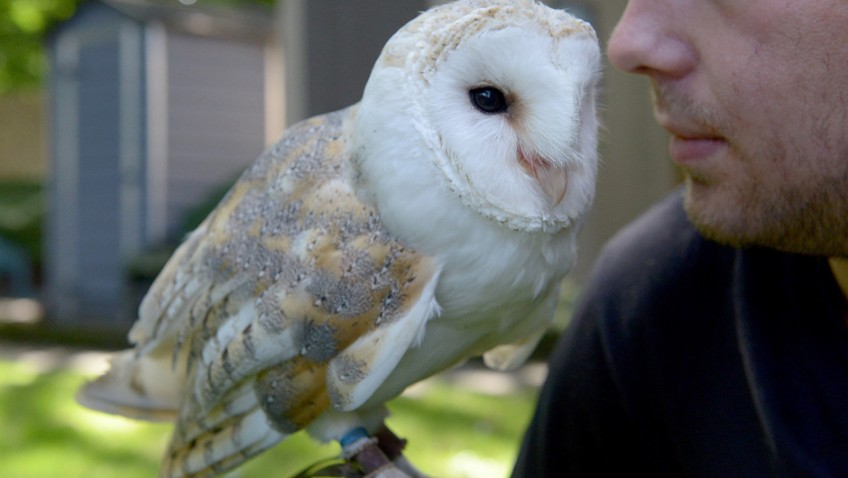 Shadow the barn owl pictured as he found his way onto a cricket pitch during a game between Castle Eden 1st XI and Seaham Park 1st XI.

The owl, which almost caused the match to be abandoned when he landed on the batsman’s stumps, has now been reunited with his owner, who saw a picture of his pet on social media.

Steven Franklin, 25, was desperately searching for his barn owl Shadow when he suddenly realised his pet had decided to join the crease at a village cricket match at Castle Eden Cricket Club where he interrupted the match.

It was only when Steven, who adopted Shadow four weeks ago, saw pictures of a barn owl on Facebook that he noticed it was his pet staring back at him.