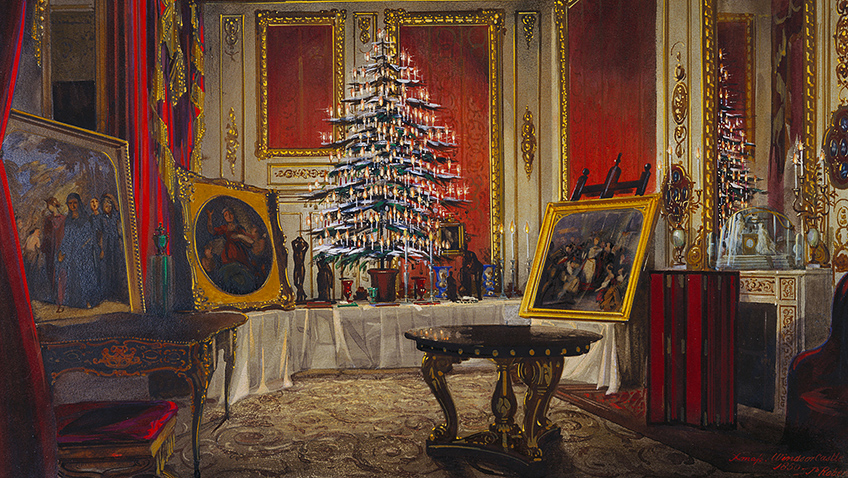 Through a thousand years of British history, the celebration of Christmas has been one of the most important events in the royal calendar. A Royal Christmas is the first official publication to explore the festive traditions of generations of the royal family, through more than 150 objects, photographs and documents from the Royal Collection and the Royal Archives, many published for the first time.

Through seven thematic chapters, such as ‘Ceremonies and Traditions’ and ‘Festive Feasting’, this beautifully illustrated gift book offers new insights into the royal family’s influence on the Christmas customs we know and love today. These range from the Christmas trees first brought by Queen Charlotte from her native Germany, to the roast turkey popularised by King Edward VII. A Royal Christmas also details the history of the Christmas Broadcast, watched each year by millions of people around the world.

Christmas cards were first produced in the UK in the 1840s, and the royal family’s love of the festive season meant that they were quick to adopt this new trend. Featured in the book are a number of the earliest Christmas cards surviving in the Royal Collection, which were handmade by Queen Victoria’s children for their family, as well as Christmas cards from the 20th century featuring photography of The Queen (then Princess Elizabeth) and her sister Princess Margaret by Marcus Adams. 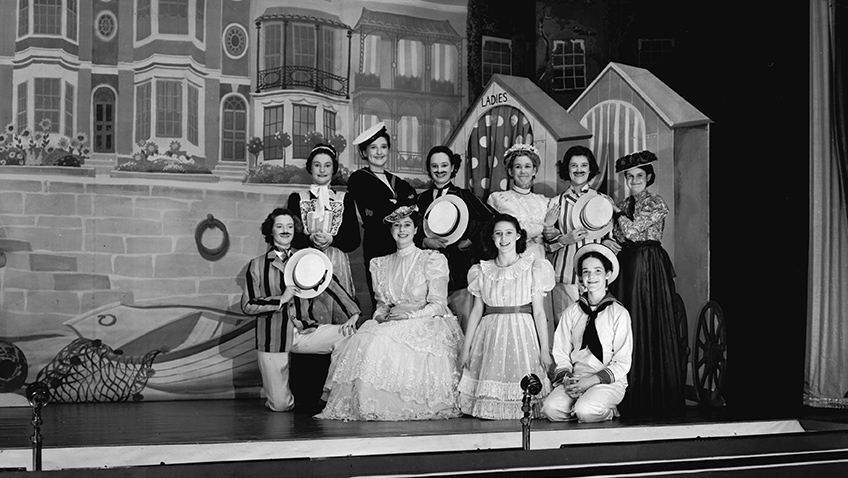 23rd December 1944: A beach scene with actors and actresses in ‘Old Mother Red Riding Boots’, a pantomime that is playing at Windsor Castle

Food and drink have for centuries played a key part in royal Christmas festivities. As well as Christmas dinner menus and recipes, readers will discover some of the more surprising fare eaten by royalty at Christmas, from the roast swan and gilded peacocks dined on by medieval monarchs, to the plum broth served to George IV on Christmas Day, which contained large quantities of port, brandy, madeira, sherry and claret.

Christmas plays and pageants have been performed at the royal court since the Middle Ages. Performances featuring members of the Royal Family continued into the wartime years of the early 1940s, when Princess Elizabeth and Princess Margaret took part in a series of Christmas pantomimes at Windsor Castle. A Royal Christmas features photographs of the Princesses performing in Sleeping Beauty, Aladdin and Old Mother Red Riding Boots, an original combination of the best parts of many pantomimes.

Proceeds from the productions were donated to the Wool Fund, which supplied knitting wool for the making of comforters for the armed forces.