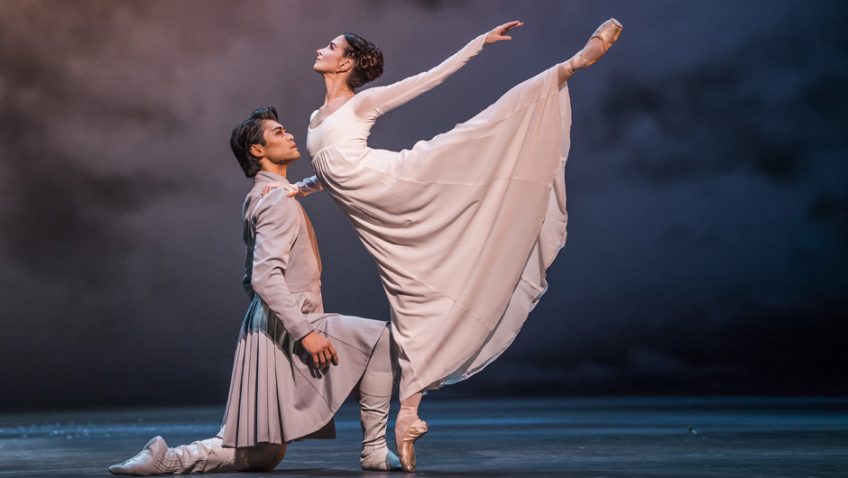 The Winter’s Tale has never been a Shakespeare favourite. It was Nicholas Hytner (then artistic director of the National Theatre) who suggested to Christopher Wheeldon that it could make a good three-act ballet. It premiered in 2014 and is now getting its third revival.

There always has been a lot of singing and dancing in Shakespeare’s plays. Samuel Pepys thought the dancing was the best things about Macbeth.

Charles Kean in 1856 turned Time’s soliloquy into a massive spectacle. At Shakespeare’s Globe they always have a dancing curtain call.

Certainly, the pastoral scenes in Bohemia, absolutely bucolic with dancing shepherds and their lasses, are perfect for the divertissements a classical ballet audience expects.

Bob Crowley has designed a beautiful tree. There is exuberant dancing in colourful costumes by the whole company. Sarah Lamb as Perdita and Vadim Muntagirov as Florize, are a tender kissing couple. It is all so bright and jolly and frivolous, a huge contrast to what has gone before. 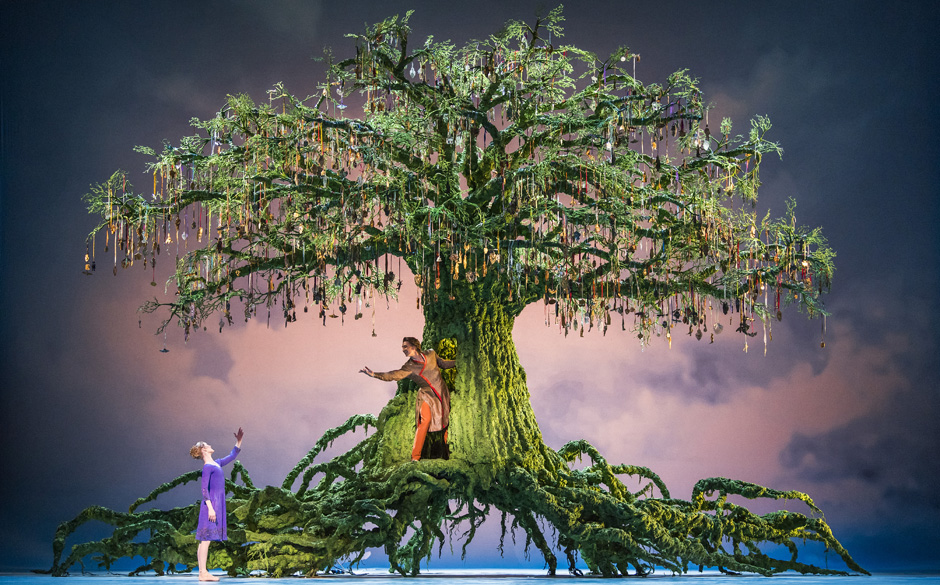 Sarah Lamb and Vadim Muntagirov in The Winter’s Tale

The story begins at the sombre and austere court of Sicilia. King Leontes (a paranoid, contorted Ryoichi Hirano), suddenly and totally irrationally, believes his wife, Hermione (an elegant, serene Lauren Cuthbertson), has committed adultery with his best friend, Polixenes (Matthew Ball) and become pregnant by him. He manhandles his wife and the two men fight.

His paranoia, second only to Othello’s, drives him to insanity, brilliantly caught in the tortured choreography and the tortured music by Joby Talbot, a perfect match for Shakespeare’s tortured, difficult and sometimes unintelligible language.

Wheeldon also includes a scene where Hermione and Polixines act out what Leontes’s feverish mind imagines they might be doing among the marbled statues.

The final scene with the statue of Hermione coming to life – one of Shakespeare’s most magical moments – is not as magical as I had hoped. And Wheeldon then goes on to give the story a fairy tale ending with Leontes and Hermione happily re-united, something Shakespeare studiously did not do.

Audiences, who know the play, will also be disappointed that Antigonus does not “Exit pursued by a bear.” He is drowned in a tsumani-sized wave.

The Winter’s Tale is being shown live in cinemas on 28 February, 2018.