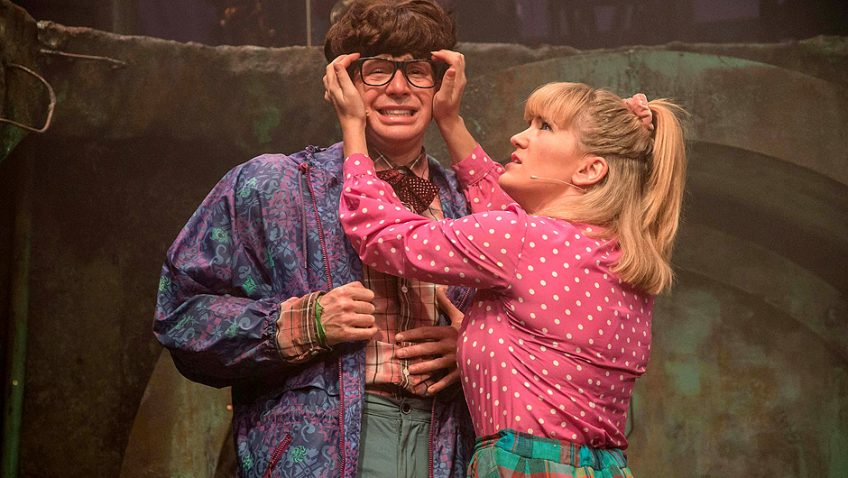 The Toxic Avenger, the Lloyd Kaufman 1984 film, was initially rejected by all the cinemas, until one owner of an Indie cinema watched it and decided to show it.

It instantly became a cult B-movie. Some people thought it a comic masterpiece of gory, over-the-top horror. 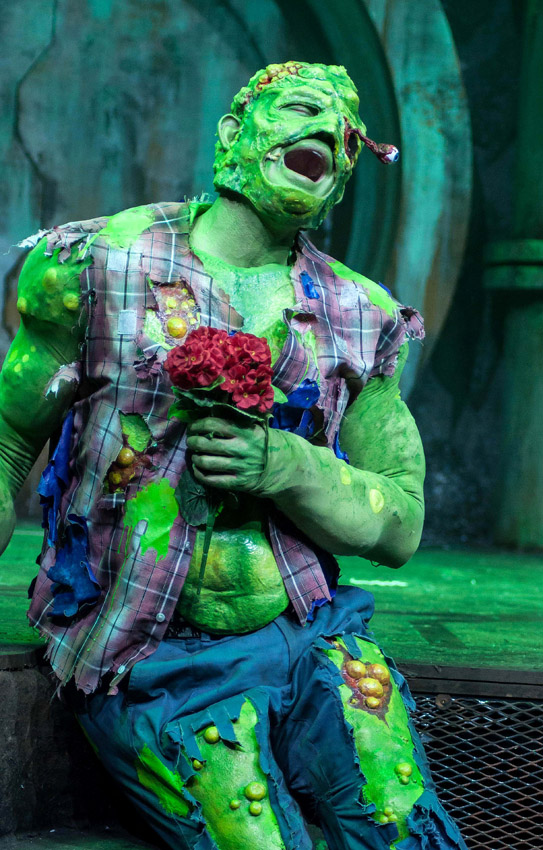 Mark Anderson in The Toxic Avenger

A nerdish young man is in love with a blind librarian. One day he is pushed into a vat of Toxic waste by two bullies and is transformed into a green monster.

All men are freaks and some are more freakish than others. Toxie (as he is affectionately known by the librarian) is not one of the great monsters and his story is never as touching as a Beauty and the Beast story should be.

In 2008 a rock musical version was staged in New York with book and music by Joe DiPietro and music and lyrics by David Bryan.

The show is now in London and the director, Benji Sperring, seems to think it is making a bold statement.

I have not seen the film but this musical certainly does not have these lethal, Toxic qualities.

The show is merely silly, camp and cartoonish and will probably appeal most to camp audiences. The actors work hard.

Mark Anderson is more convincing as a nerd than he is as a giant hulking mutant. Emma Salvo manages to make her character’s blindness really funny.

Natalie Hope, who plays the wicked mayor and the nerd’s mum, has, at one point, to play and sing both roles at the same time, a tiresome and overextended exercise.

Che Francis and Oscar Conlon-Morrey camp it up in a variety of roles, including drag.

There was a time when you could see modern and classical plays by famous British, European and American playwrights at the Arts Theatre such as O’Neill, Ibsen, Christopher Fry, Anouilh, Giraudoux, Ionesco, Tennessee Williams, etc.

The Arts Theatre, when it was run by Alec Clunes, was thought of as a pocket National Theatre. Peter Hall ran it, too, and directed the British premiere of Beckett’s Waiting for Godot here.