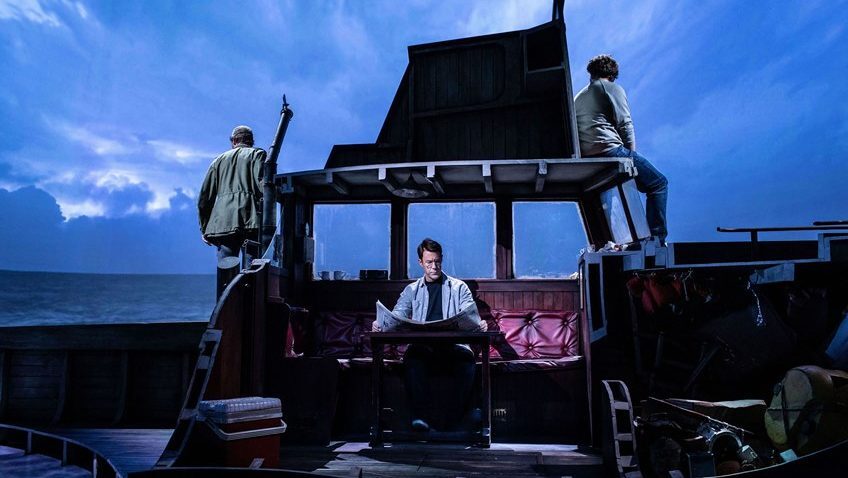 Ian Shaw’s 90-minute play, co-written with Joseph Nixon, recreates one of Hollywood’s greatest feuds. It occurred during the making of Jaws, the scariest ocean movie ever made.

The big mistake was to film in the Atlantic Ocean rather than in a Hollywood studio tank. The actors had a bad time. Bruce (the nickname for the rubber animatronic shark) kept malfunctioning, causing endless delays. The production went way over budget. Relations were strained and tempers were frayed.

Ian Shaw is Robert Shaw’s son and he has based his script on his dad’s diary. He recreates the frustration on board the boat. Shaw, acerbic, alcoholic, troublemaker, constantly humiliates Dreyfuss. Some people thought their antagonism off-screen helped them to act better on-screen.

The Shark is Broken is an affectionate memoir rather than a play. My guess is it will whet the appetite of many people to see Jaws again.