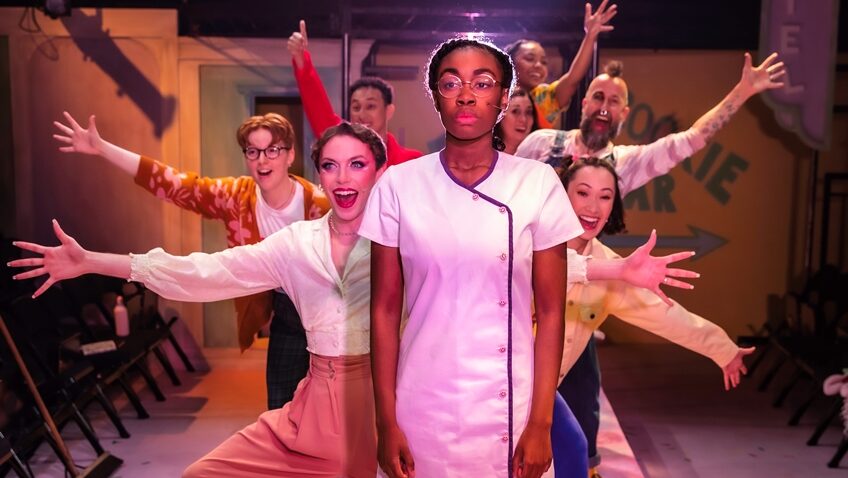 Anyone Can Whistle, a zany musical fable, a satire on corrupt administrations, can only be recommended to Stephen Sondheim aficionados and, perhaps, not even to them. It premiered in New York in 1964 with a cast headed by Angela Lansbury and Lee Remick.

The musical, which had a series of disasters on the road, including a death and a punch-up, opened on Broadway to terrible reviews and closed after only nine performances. An album was cut with the original cast, which became a cult favourite.

Since then, there have been occasional performances. People always said the show was ahead of its time. The truth is that Arthur Laurents’ book was deeply flawed and the book, despite some tinkering, is still deeply flawed.

A miracle is needed to save a small American town from bankruptcy. A councillor comes up with the idea that they fake a miracle to bring in hordes of pilgrims and rake in the money. The town will be America’s riposte to Lourdes.

A nurse from the local mental institution (called the Cookie Jar) brings along patients to test (or expose?) the miracle and they get mixed up with the ordinary pilgrims. Nobody knows who is sane and who is insane.

The satire is never funny enough. The love interest is not believable. Some of the lyrics are deft, when you can hear them. The score is disappointing. Only three songs stand out: A Parade in Town, Come Play with Me and Anyone Can Whistle.

Three performances stand out. Alex Young as a venal mayor, Christine Symone as a sexy nurse and Danny Lane as a burly councillor.

Traverse productions are tricky but they can work in the right hands. Southwark had a big success with the Grand Hotel musical on a traverse stage.