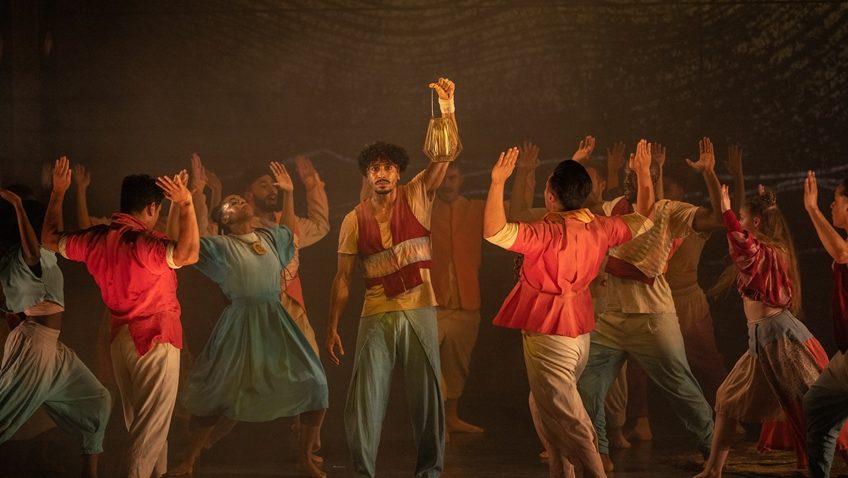 Robert Tanitch reviews Message in a Bottle at Peacock Theatre

Founded in 2002, Zoo Nation, with their show, Into the Hoods, brought street dance into theatre and they have been hugely popular with young audiences ever since.

Message in a Bottle, directed and choreographed by Kate Prince to songs by Sting, actually premiered in 2020 and was forced to close prematurely due to COVID-19. They are now back at the Peacock Theatre to the obvious delight of the audience.

The show wants to prove that dance and hip-hop dance have the power to tell big stories and deal with important themes. Their subject matter is the global refugee crisis.

A story of civil war and migrants being separated is told. There’s no dialogue, no narrative. ‘I just want,’ says Kate Prince, ‘the bodies to respond to the music because the music is brilliant.’

Sting says his music ‘is a bit of jazz in it, a bit of classical, a bit of folk, it’s pop music, it’s rock music; it’s not any one thing, but it is all of those things.’

Message in a Bottle is all about human resilience and it offers hope. I enjoyed the music and the movement. The lighting is very effective. The audience is encouraged to film the curtain call which is full of hip-hop stamina and exuberance.

But I doubt very much if audiences will be coming out of the theatre talking about the global refugee crisis. The political agenda gets lost in the music and the dance and the staging and the sheer noise of the sound track and the sheer energy of the ensemble.