Home / LIFESTYLE / REVIEWS > / THEATRE REVIEWS / Why has Man from La Mancha not been seen in London’s West End since 1968? 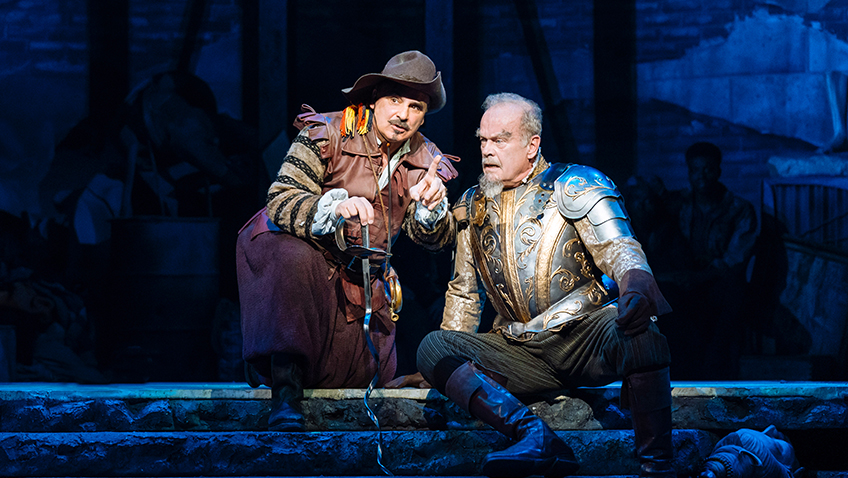 Why has Man from La Mancha not been seen in London’s West End since 1968?

Cervantes’s epic novel, first published in 1605, was an instant best-seller and has inspired numerous stage and film adaptations. The most recent and most enjoyable was James Fenton’s version for the RSC directed with comic inventiveness by Angus Jackson.

Everybody is familiar with the iconic image of Don Quixote riding a horse in his rusty armour and wearing a barber’s basin for a helmet. Everybody knows he wants to restore the Age of Chivalry and everybody knows he confuses windmills for giants and sheep for armies. 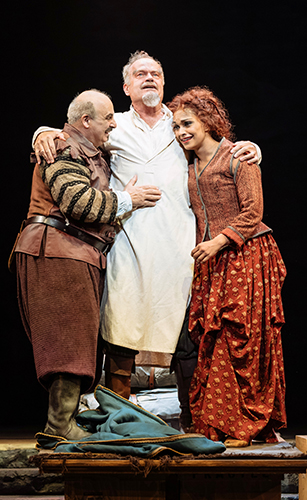 But how many people nowadays have read the novel from start to finish?

Man of La Mancha, opened in New York in 1965 and was an unexpected hit, running for 2,328 performances. The book is by Dale Wasserman. The music is by Mitch Leigh. The lyrics are by Joe Darion.

Wasserman combines two stories. Cervantes is in prison waiting to appear before the Spanish Inquisition, he is put on trial by his fellow inmates, who accuse him of being an idealist, a bad poet and an honest man. He offers, as his defence, a charade for them to act, which turns out to be his novel in which he will play the leading role and the inmates will play all the other characters.

Man of La Mancha was last seen in London in 1968 with Keith Michel and Joan Diener. Why, you may ask, hasn’t it been performed in the UK since then? The answer is plain to see at the Coliseum. It isn’t that good and Lonny Price’s complicated, poorly directed, poorly acted production, set in a modern fascist state, doesn’t help.

Kelsey Grammar, famed for his comedy performances on television in Cheers, Wings and Frasier, is miscast. He looks nothing like the delusional, bony, gaunt, frail, wild-eyed, mad Don Quixote everybody knows and so vividly caught in Gustave Doré’s engravings.

The show’s most famous song, The Impossible Dream, is sung at the end of the first act immediately before the interval and sung again at the end of the show, thus guaranteeing a standing ovation, the musical as a whole and this production do not deserve.