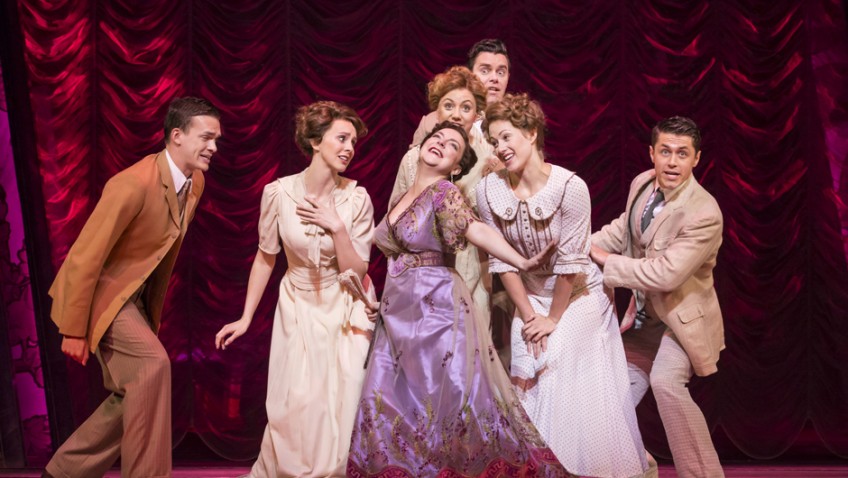 Funny Girl, the 1963 Broadway musical, with music by Julie Styne and lyrics by Bob Merrill, based on a book by Isobel Lennart, tells the story of Fanny Brice from hoofer to star and hones in on just one of her three marriages. Fanny Brice (1891-1951) a Yiddish burlesque comedienne and singer, was one of the most popular Broadway stars and she starred in 14 consecutive Ziegfeld Follies, the American equivalent of the French Folies Bergère.

The musical is forever identified with Barbra Streisand who played Fanny Brice in New York and London. She also appeared in the William Wyler 1968 film version, which was vastly superior to the stage show.

Streisand was the only reason for the show’s success and she is a hard act to follow; so hard that Funny Girl has had no revivals until now.

Michael Mayer’s production, originally seen at the Menier Chocolate Factory, where it was an instant sell-out even before it had opened, has now transferred to the West End with Sheridan Smith.

The production hasn’t got the financial resources to do the Ziegfeld lavishness lavish justice; but there is plenty to amuse in the bridal number,His Love Makes Me Beautiful with a pregnant bride, and in an absurdly twee soldier number, Rat-Tat-Tat-Tat with the pretty chorus boys and girls, with rifles, playing at being soldiers

Sheridan Smith, immensely popular with the audience, is the star attraction; and she has the right vulnerability for the role. She can clown and sing; and she can belt out a big number like Don’t Rain On My Paradeon her own terms.

Darius Campbell, 6ft 4in tall, is persuasive as the chronic gambling husband and he and Smith, 5ft

2in tall, have fun with the foreplay in You Are A Woman, I Am A Man.

There is also good support from Joel Montague, very likeable as a loyal friend, and from Valda Aviks, Marilyn Cutts and Gay Soper as a trio of old Jewish ladies.