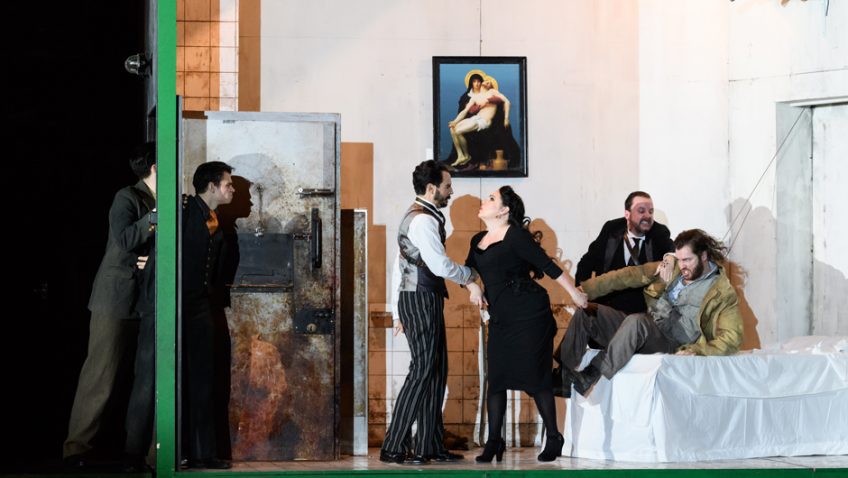 Sublime music and gorgeous singing by the counter tenors at ENO

I much enjoyed Handel’s opera when I saw it at the London Coliseum in 2014 directed by Richard Jones and conducted by Baroque specialist Handel’s Christian Curnyn. And I much enjoyed it all over again.

There is nothing Baroque looking about Jones’s production and the story-line has been updated from the 7th century to the 20th. 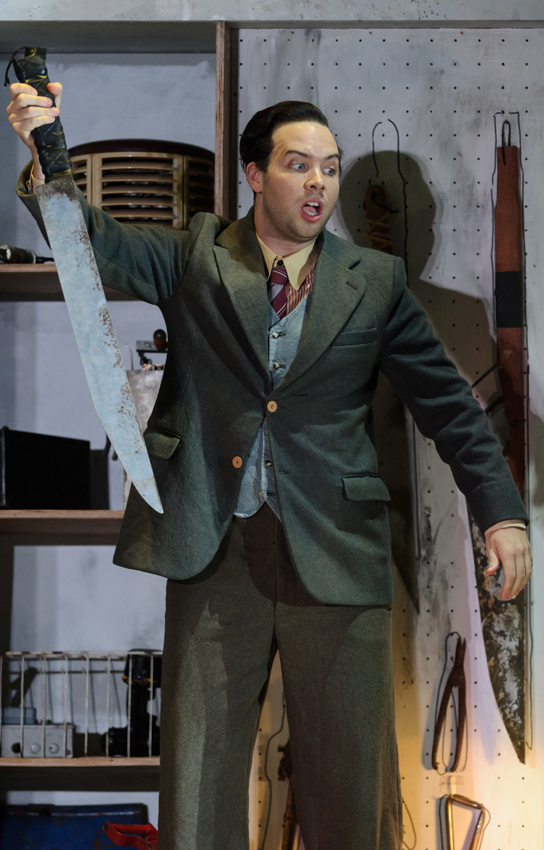 We have different expectations today. The singers are provided with three walking machines to keep them on the move.

But Bertarido is not dead and has returned home in disguise to see how faithful his wife is.

There is a nice surprise when Rodelinda lifts up her bed so that it is standing upright and reveals her son strapped to it underneath. She tells Grimoaldo she will marry him only if he kills her son. Will her bluff be called?

Richard Jones’ production finds lots of laughs, especially when Grimoaldo is rummaging for a suitable weapon with which to kill Bertarido and failing to find one which will do the job.

One of Jones’s major innovations is to turn Rodelinda’s son, a little boy, into a fully grown young man. It’s a non-singing role but actor Matt Casey is given plenty to do, not least when he has to comically sign language everything his mother is threatening to do to Garibaldo.

Handel’s music is sublime. The orchestra and the singers are a joy.

I particularly enjoyed the dazzling virtuoso skills of the counter tenors, Tim Mead and Christopher Lowrey, two newcomers to the production. Their arias are tremendous.