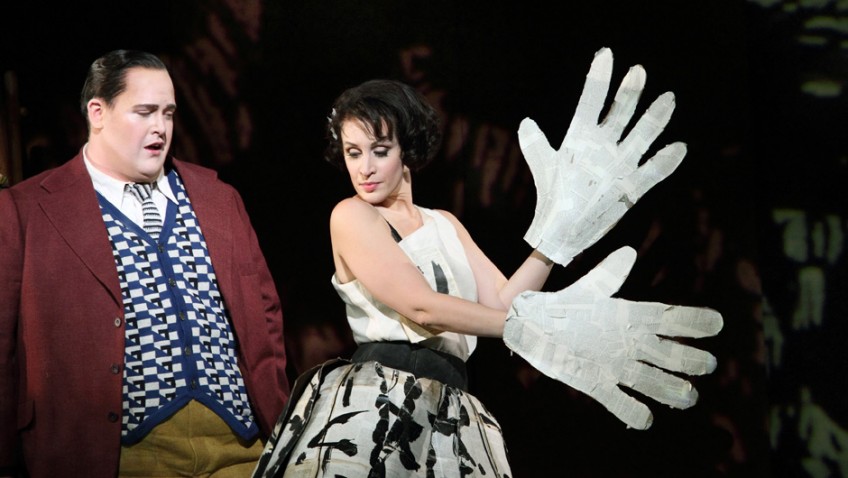 Lulu gets the full and overwhelming German expressionistic treatment The story, set at the turn of the century in the morally and financially bankrupt societies of Berlin, Paris and London, traces the spectacular rise and fall of a voluptuous and lethal femme fatale. The stage is littered with her corpses

Millionaires have heart-attacks. Artists castrate themselves. Tycoons are shot. Lulu is seemingly indestructible until she falls into the hands of a sex maniac, Jack the Ripper, no less.

Wedekind’s sensational upmarket Victorian penny dreadful was scripted to produce an uneasy mixture of horror and laughter. Audiences have been known to rush out of the auditorium and throw up in the lavatory.

Lulu is the victim of her own overpowering carnality. She is the personification of raw sexuality. She is a blank canvas on which men and women can project their sexual fantasies. She is all things to all men and women
.
Alban Berg’s powerful, extraordinary score, conducted by Mark Wigglesworth, is perfect for this demanding, disturbing, ferocious and hysterical work.

The production, with its massive animated projections and its cylinder white head masks and large white hands, is striking if not always coherent.

Kentridge’s pen and ink drawings, mainly variations of Lulu, are created on newspaper columns and the pages of books and then blown up and flashed all over the scenery. The continuous projections overwhelm the production. The legendary Louise Brooks is a hard act to follow. Her pale face framed by her jet black air is one of cinema’s most enduring iconic images.

Brenda Rae is a convincing femme fatale. A silent mannequin plays Lulu’s spirit. Joanna Dudley sits at, on and finally in a grand piano at the side of the stage, her contorted body language constantly mirroring and commentating on Lulu.

Sarah Connolly is excellent as the lesbian Countess. Nicky Spence is the young naive composer. There is a strong presence from James Morris as Lulu’s first husband; but it is a pity that Morris should also play Jack the Ripper as well. It’s confusing and diminishes the Ripper.